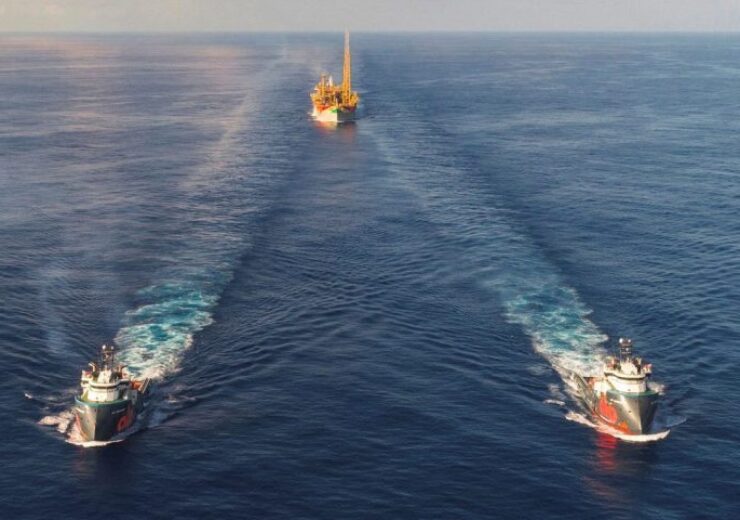 ExxonMobil and partners have made their 21st significant hydrocarbon discovery at the Stabroek Block. (Credit: Hess Corporation)

ExxonMobil has raised its estimate of the discovered recoverable resource for the Stabroek block in Guyanese waters to nearly 10 billion oil-equivalent barrels.

The estimate was revised following the inclusion of the new discovery made by the Cataback-1 well.

Other than Cataback, more than 20 significant discoveries have been made in the offshore block so far by the US-based energy firm and its partners Hess Guyana Exploration and CNOOC Petroleum Guyana.

Hess CEO John Hess said: “We are pleased that Cataback is our 21st significant discovery on the Stabroek Block and further underpins the potential for future developments. We continue to see multibillion barrels of additional exploration potential remaining on the block.”

The previous estimate of the Guyanese block was over nine billion barrels of oil equivalent.

The latest discovery, Cataback was made after the exploratory well intersected 74m of net pay in high quality hydrocarbon bearing sandstone reservoirs. The Cataback-1 well was drilled in 5,928ft of water depth by the Noble Tom Madden drill ship.

The well is located nearly 6km east of the Turbot-1 well.

“Our proprietary technologies, global exploration experience and drilling capabilities continue to yield positive results in the Stabroek Block, which will generate additional value for Guyana.”

ExxonMobil said that the recent discoveries along with the ongoing projects in Stabroek Block continue to help advance the Guyanese economy. The energy firm said that over 2,850 Guyanese are currently supporting its project activities.

The Stabroek Block, which spans 6.6 million acres, is operated by ExxonMobil (45%). Hess Guyana Exploration has a 30% stake, while CNOOC Petroleum Guyana holds the remaining 25% interest.

The oil find at Cataback follows the Pinktail discovery made by the partners last month. The Pinktail well had intersected 67m of net pay in high quality oil bearing sandstone reservoir.