Italian company Exergy is an ORC provider that is helping companies in oil and gas, power production and heavy industry lower their carbon footprint while cutting costs through improved energy usage. 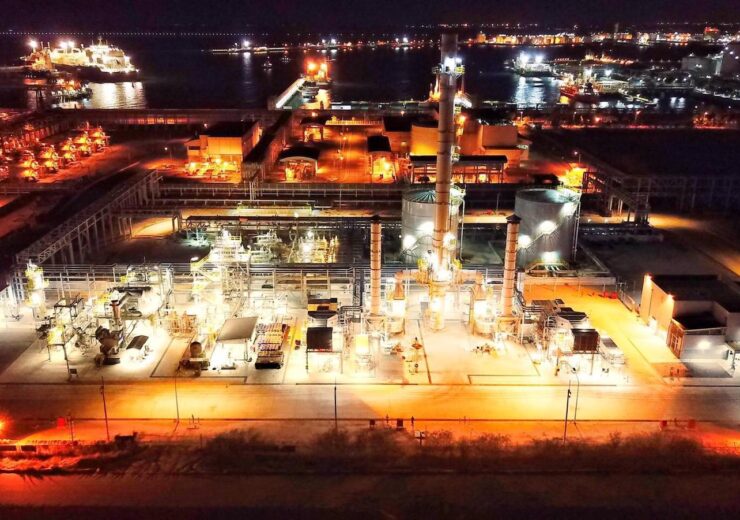 Exergy, as one of the biggest players in ORC implementation, offers its systems across a variety of industries. (Credit: Exergy)

Climate change is affecting almost every industry in the world, and few more so than the oil and gas sector. With the events at COP26 in Glasgow serving to highlight just how far the world is from achieving the targets set for 2030 and 2050 in order to keep temperature increases down to 1.5oC, the pressure for the industry to increase efficiency regarding energy usage and carbon output will only grow.

The question that remains, then, is how can the oil and gas industry transition to this new era? While much has been made of advancements in the field of renewable energy, relatively little focus has been paid to another sector that will prove crucial in achieving a low-carbon energy transition by the mid-century – industrial waste heat.

For the oil and gas market, in order to maximise efficiency and reduce its overall carbon emissions, the potential of exhaust-heat recovery is sizable. Anywhere between 20–50% of industrial energy usage is eventually released as waste heat and gas turbines sit firmly at the top of the scale, rejecting roughly 50% of the energy in the fuel into the atmosphere through their exhaust systems.

One type of technology that can be applied for waste recovery is the Organic Rankine Cycle (ORC), according to Sergio Morlacchi, business development manager at Exergy, which manufactures ORC equipment for producing electricity from low to medium-temperature heat sources.

“In the next decade, different new technologies will be adopted to reduce CO2 emissions and energy fossil fuel consumption,” he says. “Energy efficiency technologies are underlined in all the recent IEA reports as the key to reach those targets.”

In the past few years, ORC systems have seen considerable growth across the oil and gas industry due to the growing demand for reliable electricity and increasing calls for greater focus on energy efficiency. In part, this uptake is a result of the technology being particularly valuable for use in gas compressor stations, where it can increase the energy output by up to 40%.

According to a Global Market Insights report, the total ORC industrial waste heat to power market size surpassed $1.3bn in 2020 and its cumulative installation is projected to exceed $2bn by 2027. A sizable portion of that is accounted for by the oil and gas industry, which is estimated to make up over 35% of ORC industrial waste heat to power market by 2027, at a value of around $700m.

As one of the biggest players in ORC implementation, Exergy offers its systems across a variety of industries, ranging from waste heat recovery from gas turbines in compression stations; oil refining activities; LNG processing; or even geothermal energy from unused oil and gas wells. It can be also applied to fleets of small and medium-scale gas power stations, and more beyond that.

Gas turbines driving compressors in use in pipelines could benefit from the implementation of heat waste recovery systems like the ORC to reach optimal emission and consumption figures. “One ORC system can be applied to multiple gas turbines driving the station,” says Morlacchi. “And so, one single power plant […] can increase the power output by up to 40% and, therefore, reduce the use of fossil fuels to drive the compression.”

Most gas compressor stations are located in remote areas with limited access to water supplies and frequently operate remotely without a permanent staff on-site. Steam-based waste heat recovery systems often require a certified engineer to be on staff and present at the compressor station, depending on local regulations, which can add substantially to the operating costs. The benefits of an ORC system, which uses an organic fluid rather than steam, are clear.

The energy reclaimed from waste heat can then be used to generate electricity from energy that would otherwise be wasted, thereby improving the efficiency of the gas compressor station and increasing revenue at the same time. By displacing power generated from baseload power stations, the electricity generated by the cycle also contributes to an overall reduction in carbon emissions.

“Generating 5MW of electricity exploiting waste heat avoids the transformation of fossil primary energy,” explains Morlacchi. “So, it avoids combustion and reduces the carbon footprint in terms of CO2 emissions.”

Ultimately, waste heat is a frequently untapped resource in the oil and gas industry, and ORC systems are a proven method to enhance the efficiency of gas compressor stations and more. In the current environment where all eyes are increasingly focused on the sustainability and optimisation of energy sources, the oil and gas industry would be wise to take note.