Italian firm Exergy is an ORC specialist that is helping companies in oil and gas, power production, and heavy industry lower their carbon footprint while cutting costs through improved energy usage 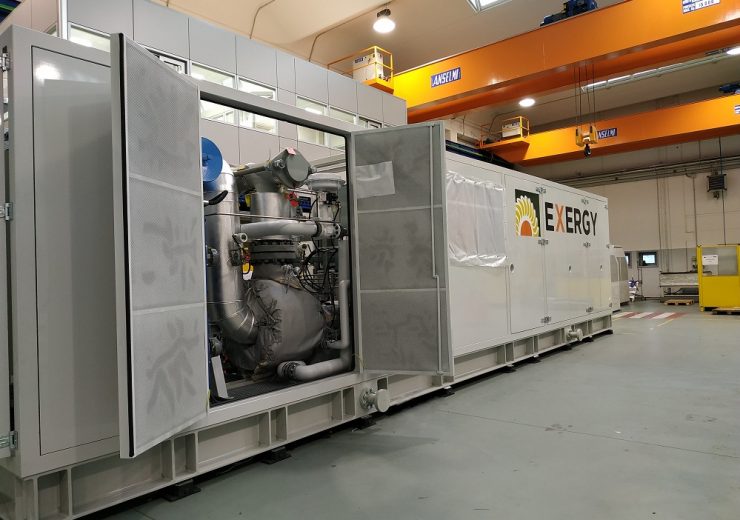 Decarbonising the global energy system will be a massive undertaking, requiring a broad range of new technologies, industries and processes to be developed.

Much of the attention in this energy transition is given to “new-build” projects, like the increasingly-large wind and solar farms being installed worldwide, which will generate electricity on a commercial scale to feed growing demand over the coming decades.

Progress in this area is advancing rapidly, with new records frequently being set for renewable capacity installations, and ambitious targets announced by governments and energy companies to scale up these fleets of turbines, solar panels, hydroelectric stations and others.

But, despite all this progress, energy-related carbon emissions are likely to increase this year, having dropped in 2020 during the pandemic. The easing of lockdown restrictions and resumption of economic activity will drive a return to “carbon-intensive business-as-usual”, without a major turnaround in current trends, the International Energy Agency (IEA) recently warned.

Efficient heating processes can have a short-term impact on emissions

Equally important to the low-carbon transition are technologies that can have a direct impact in the shorter term by improving the efficiency performance of existing energy-related infrastructure – whether in terms of refining, manufacturing, power production, or even buildings and transport.

For example, around 15% of all energy-related greenhouse gas (GHG) emissions are produced by the oil and gas industry, from upstream processes through to downstream, so even small-scale efficiency improvements throughout these supply chains can translate into a big impact on global carbon reduction.

One aspect of the efficiency discussion is the way heating processes used in activities like oil refining, petrochemical manufacturing or liquefied natural gas (LNG) processing can be reimagined, to maximise the potential use of the energy involved and ensure less wastage during these processes.

This is equally applicable to activities like gas-fired power generation, or other sectors of heavy industry such as steel and cement making or chemicals manufacturing.

Such applications have so far proved to be a “blind spot in the climate change debate”, the IEA has said, despite their potential to contribute to an estimated 40% reduction in global GHG emissions over the next 20 years.

Global improvements in energy efficiency have been declining since 2015, and are currently “well below the level needed to achieve global climate and sustainability goals”, the agency says.

Heat is the major source of CO2 emissions from heavy industry, and currently accounts for around two-thirds of industrial energy demand, and almost one-fifth of global energy consumption.

It is clear that finding more efficient, less carbon-intensive ways to use heat and convert it into electricity in these sectors could make a considerable contribution to decarbonisation goals.

Several technologies are being developed to aid this process, one of which is the Organic Rankine Cycle (ORC) system for power production from low to medium-temperature heat sources in the range of 90C to 350C, and even up to 550C for small power outputs.

It is an evolution of the more commonly-known Rankine Cycle, a thermodynamic process of generating power from a heat source, via steam-powered turbine.

As the name suggests, ORC systems use organic fluids in place of water to drive the process, and because of their lower boiling points and higher vapour pressure compared to water, lower-temperature heat sources can be used to generate electricity more efficiently.

For businesses operating across those various energy and industrial sectors where heating processes are vital, this technology offers a range of efficiency benefits that could not only help reduce their emissions footprint, but also lower operational costs and increase flexibility.

Italian firm Exergy is among the world’s leading proponents of this technology and, in the decade since it was founded in 2011, has developed an ORC fleet in operation or under delivery totalling almost 500 megawatts (MW).

Its ORC products have been deployed around the world for use in power generation from biomass for applications of limited power size, from geothermal sources where heat-source temperatures are typically lower than fossil fuels, as well as for converting waste heat from industrial processes into electricity.

Equally suitable applications for Exergy’s ORC technology include waste heat recovery from gas turbines in compression stations, oil refining activities or LNG processing, and it can be also applied to fleets of small- to medium-scale gas power stations.

Being able to recover and utilise heat that would otherwise be wasted as exhaust discharge offers a considerable efficiency gain to energy and industrial businesses, allowing them to generate power from sources already available to them as a by-product of daily processes.

The nature of ORC means efficiency improvements can be further maximised by making lower-temperature heat sources re-usable, while also eliminating the requirement for water and its associated treatment, as is necessary in traditional steam Rankine cycle applications, since there is no need to use water in the ORC process at all.

Higher efficiency also translates into lower costs, since less energy needs to be purchased from the grid. And this lower power demand in turn has the benefit of reducing the overall carbon footprint of an operation by reducing the reliance on fossil fuels.

Key to Exergy’s innovation has been the development of a Radial Outflow Turbine as an alternative to traditional axial or radial inflow turbines.

This technology, a world first in the ORC industry, operates with a higher efficiency compared to axial designs, and is customisable to customer-specific applications, allowing greater flexibility of installation.

The radial configuration of the turbine also enables a broader range of applicable fluid conditions, as well as lower turbine speeds which in turn mean less noise and a longer life for the bearings inside.

A simpler design allows quick installation, while maintenance, due to an easily-removable mechanical group, can be carried out in just few hours – so less operational downtime – without needing to overhaul the entire turbine system. Simplicity also translates into high reliability of the power plants.

Industrial and heat-intensive energy processes will be the hardest sectors from which to eliminate emissions as the world targets carbon reduction over the coming decades.

But progress can be made in the short-term by outfitting new and existing infrastructure with tools to make these processes more efficient in how they consume and manage energy.