The oilfield, which is estimated to have 2.7 billion barrels of oil equivalents, currently produces 470,000bpd 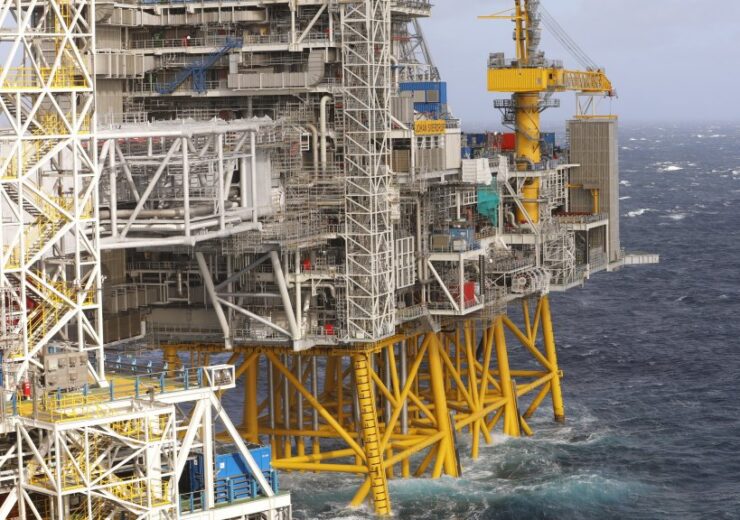 Equinor is planning to raise production capacity at its Johan Sverdrup field located 150km off the Norwegian coast in the North Sea, to 500,000 barrels per day (bpd) by the end of this year.

The move will increase the field’s total production capacity by around 60,000 barrels more than the ‘original basis’ when the field came online.

Estimated to have resources of 2.7 billion barrels of oil equivalent, the field has a current production capacity of 470,000bpd.

The Johan Sverdrup field partners target to achieve a recovery rate of more than 70%.

Johan Sverdrup field is being developed in two phases

The field is being developed in two phases with the first phase commenced production in October 2019 while the second phase is planned to start production in the fourth quarter of 2022.

Equinor Norway development and production senior vice-president Jez Averty said: “For the second time since the start-up the plant is able to increase its daily capacity. As Johan Sverdrup is a field with high profitability and low CO₂ emissions, a production rise is great news.

“The field has low operating costs, providing revenue for the companies and Norwegian society, even in periods with low prices.”

Upon completion of Phase 2, the Johan Sverdrup field production capacity is expected to increase to around 720,000 barrels of oil per day.

Claimed to be the third largest oil field on the Norwegian continental shelf, the field is using water injection to secure high reserves recovery as well as to maintain production at a high level.

Johan Sverdrup operations vice-president Rune Nedregaard said: “Based on the positive results of the capacity test where we produced at rates of over 500,000 barrels of oil per day, we are now working on solutions to increase the water injection capacity, which should allow us to further increase daily production capacity beyond this level by mid-2021.”