The project, which is aimed at securing the future of the Norwegian LNG plant, involves gas onshore compression and electrification 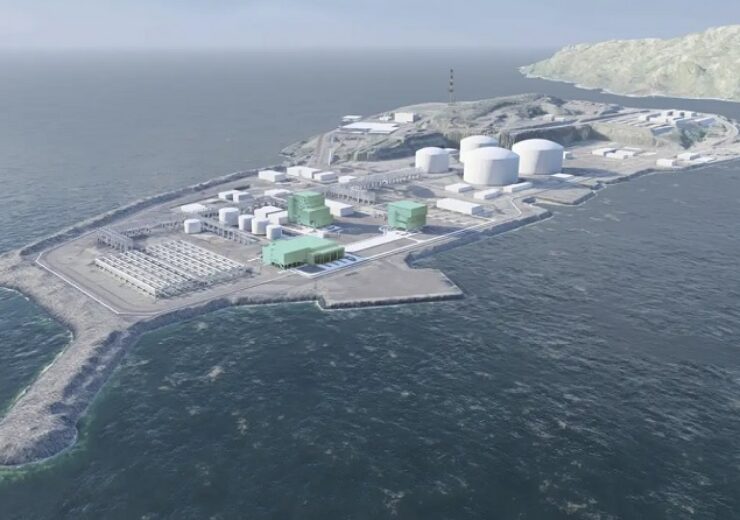 Equinor Energy and its partners in the Snøhvit licence have agreed to upgrade the Hammerfest LNG plant at the Melkøya island in Norway with an investment of NOK13.2bn ($1.34bn).

The project, which is aimed at securing the future of the liquefied natural gas (LNG) plant, involves gas onshore compression and electrification.

Commissioned in 2007, the Hammerfest LNG plant is fed with gas sent via a 143km pipeline from the Snøhvit field in the Barents Sea.

Equinor said that on behalf of the Snøhvit partnership, it has submitted a plan for development and operation (PDO) of Snøhvit Future to the Norwegian Minister of Petroleum and Energy.

The Snøhvit Future project, which is made up of onshore compression and conversion to electrical operation of the LNG project, is slated to begin in 2028.

According to the Norwegian oil and gas major, onshore gas compression will provide sufficient flow from the reservoir to extend plateau production and sustain high gas exports from the Hammerfest LNG facility beyond 2030.

With electrification, the Snøhvit partners expect to cut down CO2 emissions from the LNG plant by approximately 850,000 tonnes per year. The electrification part of the project calls for replacing the existing gas turbine generators with power from shore.

Owing to the development, the operations phase is estimated to be prolonged by 10 years while maintaining present levels of employment, said the Norwegian energy company.

Equinor projects, drilling, and procurement executive vice president Geir Tungesvik said: “Snøhvit Future will strengthen Norway’s position as a reliable and long-term supplier of LNG to Europe. Electrification will allow us to deliver this gas with close to zero greenhouse gas emissions from production.

“The project will secure long-term operations and gas exports from Melkøya towards 2050.”

Under normal production conditions, the Hammerfest LNG plant produces 18.4 million standard cubic metres of gas per day, or 6.5 billion cubic metres per year. This is equivalent to meeting energy demand of nearly 6.5 million European homes, or 5% of all the gas exports made by Norway, claimed Equinor.