Norway’s Petroleum Safety Authority (PSA) has given its consent to Equinor Energy’s request to use a facility to supply power from an onshore facility to the Johan Sverdrup project in the North Sea. 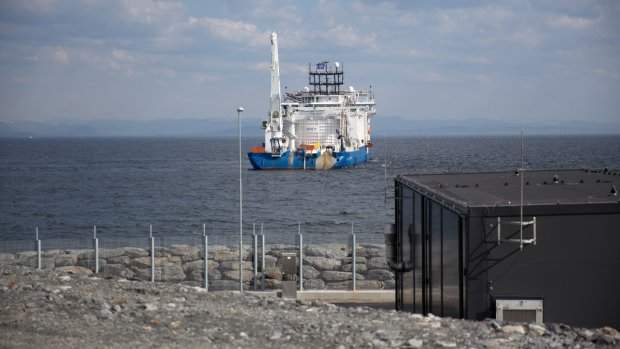 Power to the Johan Sverdrup project will be sourced from the onshore grid and converted to DC at a transformer station located at the project’s converter station at Haugsneset, near the Kårstø facility in Rogaland, Norway.

From the transformer station, a submarine cable will transport the power through the Boknafjord, over the Norwegian Trench and out into the North Sea. It will ultimately reach the riser platform on the Johan Sverdrup project, where it will be converted to AC.

In mid-May, Equinor reported that cable laying work had commenced to enable power supply to the Johan Sverdrup field development from shore.

The cable laying work is being undertaken by cable-laying vessel NKT Victoria, which started laying out cables from Haugsneset converter station.

Equinor expects the cables to export power from the shore to the Johan Sverdrup field for at least 50 years.

The cables after reaching the offshore field will be pulled to the riser platform, which houses the converter station for the first phase of the Johan Sverdrup development. ABB was given the responsibility to supply the electrical equipment (HVDC) for the converter stations at Haugsneset and the riser platform for the $14.61bn first phase of the project.

Equinor expects the Johan Sverdrup field to be electrified by power supplied from shore in the autumn of this year.

The Norwegian oil and gas giant also said that after the second phase of the project is brought online in 2022, the Johan Sverdrup field will also facilitate power from shore to be transmitted to the other fields on the Utsira High which include Edvard Grieg, Gina Krog and Ivar Aasen.

Equinor is the operator of the Johan Sverdrup field, whose phase 1 development is slated to begin production in late 2019 with an estimated production capacity of 440,000 barrels of oil per day.