The investment will be mainly used to convert the oil field, located in the northern part of the North Sea, to a significant gas producer by exploiting the vast remaining gas resources 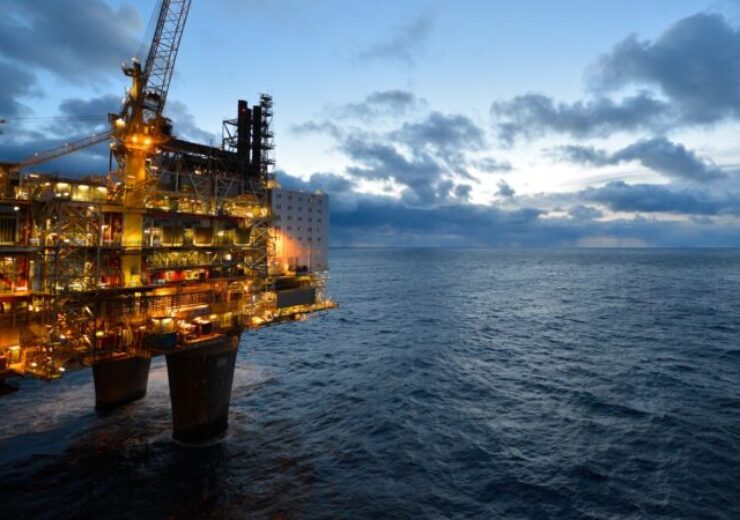 Equinor and its partners have made a decision to invest NOK10bn ($1.11bn) towards the further development of the Oseberg field in the Norwegian North Sea.

The offshore oil field located in the northern part of the North Sea has been producing since 1988.

Equinor said that the further development will be taken up to mainly convert the oil field to a significant gas producer by tapping the vast remaining gas resources. Besides, the partners will aim to decrease CO2 emissions from the Oseberg field centre as well as the Oseberg South platform.

Currently, the offshore field is expected to yield nearly 3.2 billion barrels of oil.

Equinor said that although the oil production is in the tail phase, 60% of the gas resources are still available in the ground.

The Oseberg Area Unit partners have submitted an amended plan for the field’s development and operation (PDO) to the Norwegian Minister of Petroleum and Energy (MPE) Marte Mjøs Persen.

As per the amended PDO, Equinor will install two new compressors to increase recoverable gas volumes apart from partially electrifying the Oseberg field centre and the Oseberg South platform.

Equinor has a licence from the MPE to build, own and operate the required electrical facilities to deliver power from shore to the field centre and the Oseberg South platform. The offshore field is said to have a total power demand of up to 105MW.

Aibel has been given a contract for engineering, procurement, construction, and installation (EPCI) for partial electrification of the facilities.

Equinor project development senior vice president Geir Tungesvik said: “It is important to Equinor and the Oseberg partners to produce oil and gas with the lowest possible emission level.

“This investment decision allows us to increase production of Oseberg gas considerably in the future, while reducing CO2 emissions by an estimated 320,000 tonnes per year. During the project planning we have received good support from and cooperated closely with our partners.”

The partners are targeting the start-up of the new facility at the Oseberg field in 2026.

According to Equinor, three big modules totalling 3400 tonnes will be installed on the platforms.

The company expects to take four years to rebuild the Oseberg field centre with the involvement of 70 people. At the Oseberg South platform, 40 personnel will be engaged for 12 months.

Petoro stated: “The Oseberg field is today the field on the Norwegian shelf with the largest emission of CO2, and with this upgrade, the field’s power needs will increase. This makes it extra important and not least absolutely crucial that the installations also become partial electrified.”