According to Equinor, the potential of the Great Australian Bight exploration campaign is not competitive commercially compared with other exploration opportunities across its portfolio 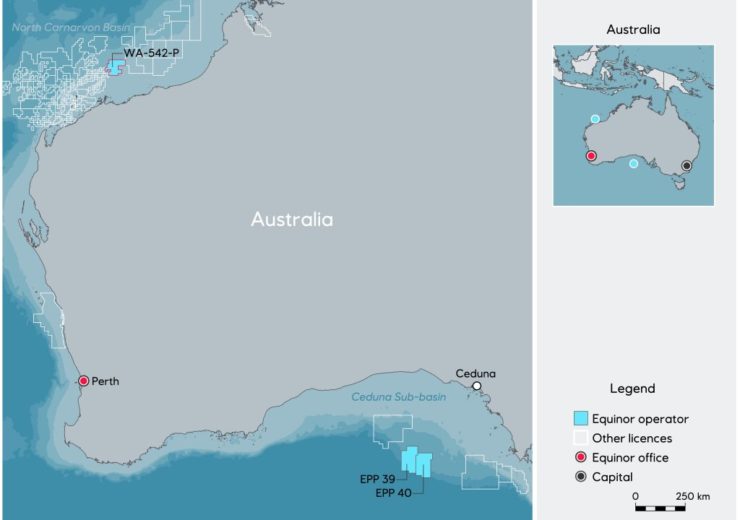 Equinor has pulled out from the proposed Great Australian Bight exploration project in the Ceduna sub-basin off the South Australian coast on grounds that it was not commercially feasible.

In this connection, the Norwegian oil and gas company has informed its decision to the federal, South Australian, and local authorities of discontinuing its plans to drill the ultra-deepwater Stromlo-1 exploratory well.

Equinor said that the potential of the Great Australian Bight exploration campaign is not competitive commercially compared with other exploration opportunities across its portfolio.

The oil and gas firm was due to drill the Stromlo-1 exploration well in late 2020 in what is designed as a marine protected area.

Equinor’s decision to abandon its drilling plans comes despite securing a conditional approval from Australia’s National Offshore Petroleum Safety and Environmental Management Authority (NOPSEMA) in December 2019. It is the second of four approvals that the Norwegian oil and gas company needed for starting the exploration activity in the Great Australian Bight.

Last month, NOPSEMA’s environmental approval for the offshore exploration project was challenged legally by the Wilderness Society South Australia. The conservation group alleged that the project proponent did not engage with it for preparing its environment plan for the exploration drilling campaign in the Great Australian Bight.

The Norwegian company entered the Ceduna sub-basin licences EPP 39 and EPP 40 as a partner in 2013 and about four years later became the operator with a 100% equity share.

As per the plan, the Stromlo-1 exploration well was to be drilled in a water depth of nearly 2,240m. The exploration drilling project, which was to last nearly 60 days in the Great Australian Bight Marine Park, was to be executed by a Mobile Offshore Drilling Unit (MODU).

Jone Stangeland said: “We will engage with the federal and state authorities regarding our decision to discontinue the exploration programme. We hold an exploration permit offshore Western Australia and will maintain other ongoing interests and activities in Australia.”