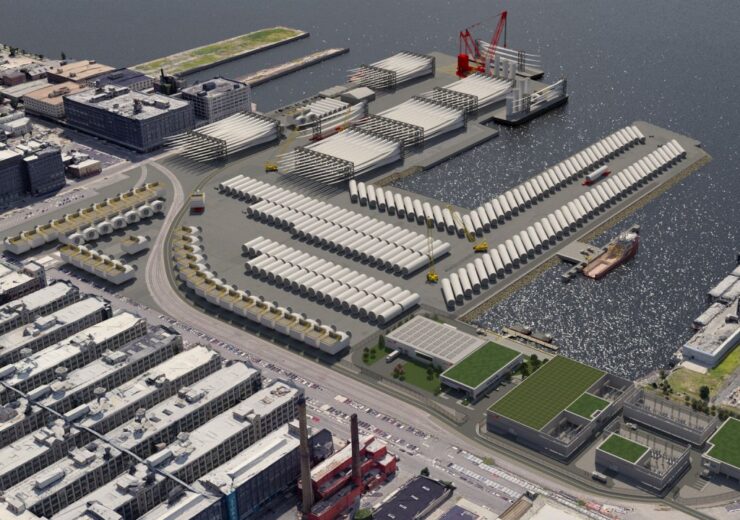 Equinor and its partner bp have signed an agreement to transform the South Brooklyn Marine Terminal (SBMT) complex in Brooklyn, New York, into a major offshore wind hub.

Under the terms of the agreement, the SBMT terminal will be converted into a major offshore wind port with a capacity to harbour the assembling of offshore wind technology components.

The partners will also build an operations and maintenance (O&M) hub and staging area at SBMT, with a total investment of $200 to $250m in infrastructure upgrades.

Empire Wind is located 15-30 miles (24-48km) southeast of Long Island, with a total installed capacity of more than 2GW, developed in two phases, Empire Wind 1 and 2.

The two projects are expected to provide a combined 3.3GW of energy, which is adequate to power nearly two million households in New York, US.

“With the support of NYCEDC, SSBMT and our partners in the community, Equinor and bp are ready and eager to invest in the revitalization of SBMT, an historic port that will soon become a major part of New York’s energy future.

“New York has shown unflagging determination to become a focal point of the region’s offshore wind industry, and this agreement offers tangible evidence that this vision is quickly coming to life.”

Equinor and bp’s redevelopment activities at SBMT are expected to support over one thousand jobs annually in the region.

Furthermore, the Norwegian company has recently announced its plans to open a new offshore wind project office in New York, adjacent to SBMT in Industry City.

The new office will serve as the hub for Equinor and bp’s regional offshore wind activities, and house an offshore wind learning centre.

bp senior vice zero carbon energy president Felipe Arbelaez said: “Today marks the first of many positive ripple effects from this project – and we want them to reverberate far and wide.

“As we reinvent energy, we also want to help reinvent the communities that help deliver it by investing in the skills and capabilities needed.

“By creating this regional hub we are able to do just that and it brings us all one step closer to delivering this incredible offshore wind development.”