TechnipFMC will be responsible for fabrication and laying of pipelines, installation of subsea structures, control cables and hook-up and testing of systems 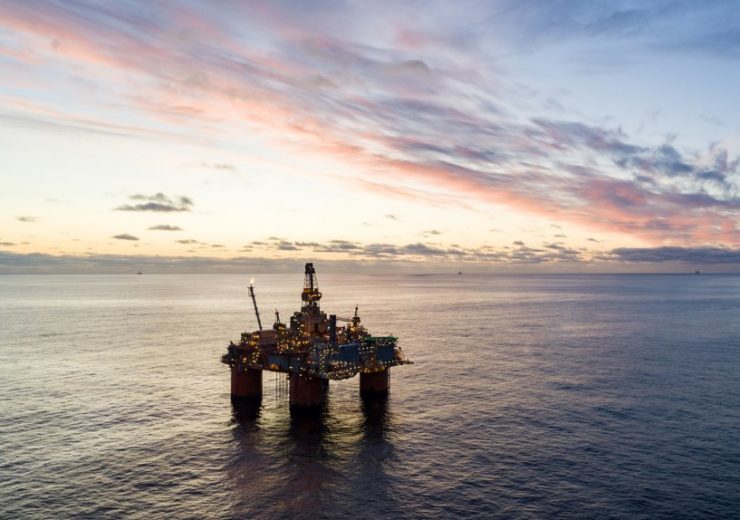 The Snorre A platform in the North Sea. (Credit: Bo B Randulff - Even Kleppa / Equinor ASA.)

Oil services firm TechnipFMC has secure two contracts and a letter of intent from Equinor for pipelaying and subsea installations for three projects offshore Norway.

Equinor has awarded the contracts on behalf of the license partners.

The projects include Breidablikk and the gas import system for the Snorre Expansion Project as well as Askeladd Vest, for which the companies have signed a letter of intent.

The contract award for the Breidablikk field development is subject to a final investment decision and a final regulatory approval.

Breidablikk is a large oil discovery that will  developed as a subsea field with a tie-back to the Grane platform in the North Sea.

Under the contract total value about NOK1.8bn ($188m), the firm will be responsible for fabrication and laying of pipelines, installation of subsea structures, control cables and hook-up and testing of systems.

TechnipFMC to commence offshore works under the contracts during 2021-2023

“Giving three assignments to the same supplier enables efficiency gains and cost savings. It will also allow for a coordinated follow-up of the total delivery during the implementation phase. This creates value for all parties.”

TechnipFMC has planned to complete the offshore operations under the contracts during 2021-2023.

The Snorre Gas Import System is part of the ongoing Snorre Expansion Project in the North Sea and includes laying of a new 24km long 12-inch pipeline between the Gullfaks and Snorre fields.

Equinor plans to use the obtained gas as pressure support to improve the recovery rate of the Snorre field.

Furthermore, the letter of intent which is issued for Askeladd Vest, a segment in the Askeladd field that is part of the Snøhvit unit, is subject to a final investment decision.

In April this year, TechnipFMC has secured an integrated engineering, procurement, construction and installation (iEPCI) contract for the Lambert Deep and Greater Western Flank fields located off the coast of Northwestern Australia.