The Halten East area in the Norwegian Sea contains six small-sized gas and condensate discoveries, which will be developed as a subsea tieback to the Åsgard B platform, with the first production expected to be achieved in 2025 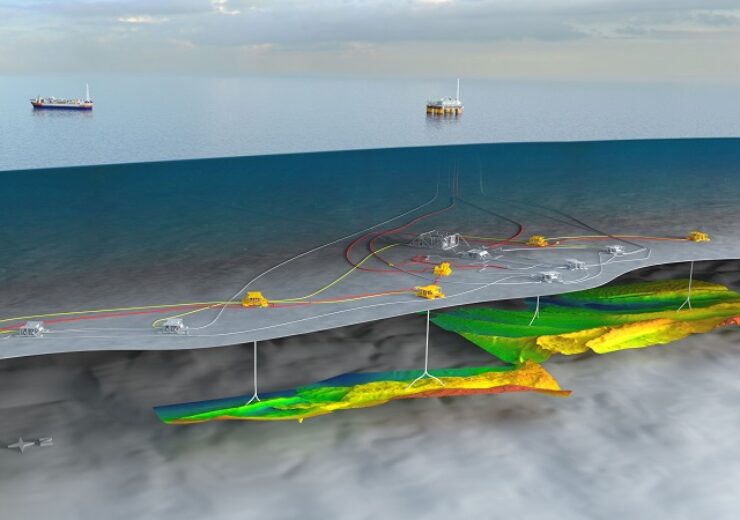 The Halten East development involves a subsea tieback to the Åsgard B platform. (Credit: Equinor ASA)

Equinor and its partners Vår Energi, Spirit Energy, and Petoro have agreed to invest nearly NOK9bn ($940m) in the Halten East development in the Norwegian Sea.

The project involves the development of the area near the Åsgard field. The area contains six small-sized gas and condensate discoveries along with three prospects.

The discoveries will be tied to the Åsgard B platform with the help of existing facilities and infrastructure.

According to Equinor, the Halten East area is estimated to have recoverable reserves of around 16 million Sm3 of oil equivalent (100 million barrels of oil equivalent). Of this, 60% is gas, which will be piped through the Kårstø processing complex to Europe.

Equinor and its partners have submitted the plan for development and operation (PDO) for the Halten East development to the Norwegian Ministry of Petroleum and Energy.

The operator of the Halten East area is Equinor Energy with a 57.7% stake. Vår Energi has a 24.6% stake, while Spirit Energy and Petoro hold stakes of 11.8% and 5.9%, respectively.

“The project is a good example of how Equinor works with partners and government authorities across production licences to find smart solutions for optimal resource exploitation from the NCS.”

The Halten East project is planned to be undertaken in two phases.

Equinor said that production start from the two first wells is targeted for 2025. Following these, the other wells will be brought into production once they are completed.

The company has awarded a contract to Technip FMC for installing pipelines and subsea structures. The contract value is in the NOK1.3-1.5bn ($135-156m) range.

Equinor has also awarded NOK3.6bn ($375m) worth contracts for drilling, specialist services, drilling services, and modifications to the Åsgard B platform module.

Separately, Equinor has announced a new oil discovery 5km south-southeast of the Johan Castberg field in the Barents Sea through the drilling of the Snøfonn Nord, exploration well 7220/8-2 S.

Meanwhile, Equinor has completed its exit from all its joint ventures in Russia in line with an announcement in February 2022. The company’s decision resulted in an impairment of $1.08bn on the balance sheet as of 31 March 2022.