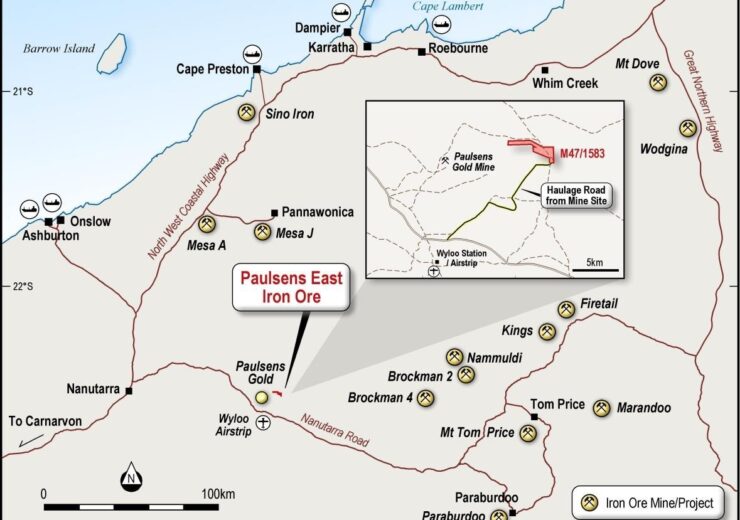 Strike Resources Limited (ASX:SRK) (Strike) is pleased to advise that the WA Department of Water and Environmental Regulation (DWER) has granted a Works Approval under the Environmental Protection Act 1986 for the export of up to 1.8 Mtpa (10,000 tonnes per day) of iron ore from the Port of Ashburton in Onslow.

This Works Approval is an important step in the Stage 2 development plans of Strike, which involve the export of up to 1.8 Mtpa of iron ore from its Paulsens East Iron Ore Mine.

The Port of Ashburton is proposed as a longer term export solution for Strike given its far closer proximity to the Paulsens East Iron Ore Mine (~235km) versus Utah Point in Port Hedland (~650km), leading to significantly lower trucking costs from mine to port.

The Works Approval is subject to a number of usual conditions relating to export activity including environmental monitoring and established loading patterns to minimise the impact of dust and noise generation.

There is a separate Works Approval application currently underway for the offshore marine operations. This approval relates principally to the location of offshore moorings for Ocean Going Vessels that will receive ore from Strike’s proposed transhipment vessel. This application is progressing well in the normal course and is expected shortly.