This agreement will allow to exploit the pipeline's available transportation capacities to ensure greater supply flexibility, gradually providing increasing volumes of gas from 2022, up to 9 billion cubic meters per year in 2023-24 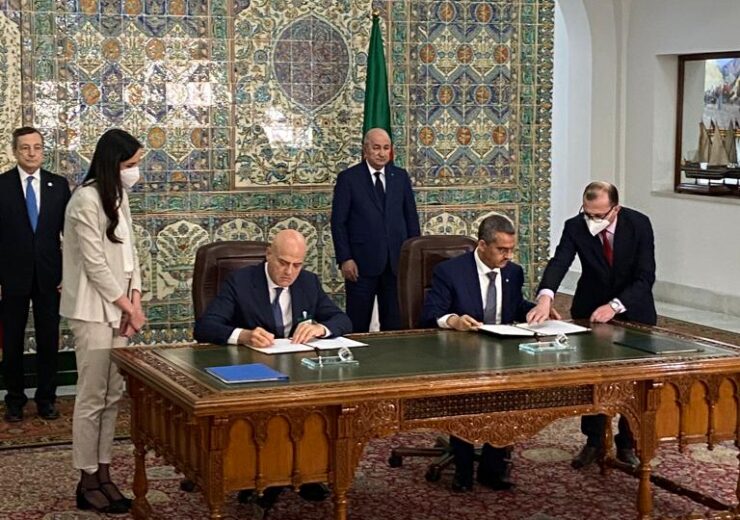 In the presence of the Algerian President Abdelmadjid Tebboune and the Italian Prime Minister Mario Draghi, the President of Sonatrach, Toufik Hakkar, and the CEO of Eni, Claudio Descalzi signed today in Algiers an agreement that will allow Eni to increase the quantities of gas imported through the TransMed / Enrico Mattei pipeline under the umbrella of the long term gas supply contract in place with Sonatrach starting from the next autumn, confirming the strong cooperation between the countries.

This agreement will allow to exploit the pipeline’s available transportation capacities to ensure greater supply flexibility, gradually providing increasing volumes of gas from 2022, up to 9 billion cubic meters per year in 2023-24.

The agreement between Eni and Sonatrach, whose foundations have been laid during the previous visit of Descalzi and the Italian Foreign Minister Di Maio to Algiers last February 28, was defined and signed in record time following intense negotiations between the top management of the two companies. The new gas volumes covered by the agreement are also the result of the close collaboration in the development of upstream gas projects, leveraging Eni’s distinctive fast track model, which is bringing a significant acceleration to the production potential of the Algerian fields.

The CEO of Eni Descalzi thanked the Algerian institutions and Sonatrach and commented: “Today is a special day for the relations between Italy and Algeria, in particular for Eni and Sonatrach: thanks to the close the long-standing collaboration between the two companies, it was possible in a short time and with an enormous joint effort to sign this important agreement that further consolidates the partnership between the companies and strengthens the cooperation between our countries”.

Eni has been present in Algeria since 1981. With an equity production of 100,000 barrels of oil equivalent per day, is the main international energy company in the country. Besides its ambitious exploration and development program, Eni is assessing opportunities in the fields of renewables, hydrogen, the capture, use and storage of CO2, and bio-refining, in line with its commitment to achieving carbon neutrality by 2050.