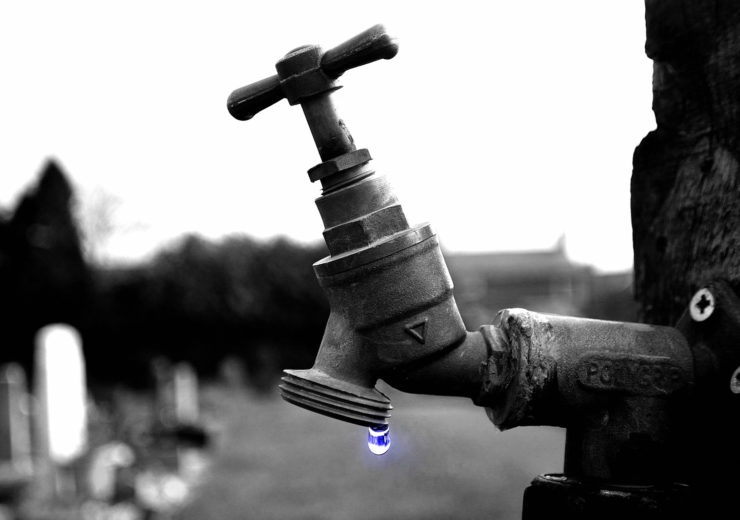 Water companies in England have committed to cut the amount of leakage by a third by 2030 (Credit: PublicDomainPictures.net/George Hodan)

England’s water industry has taken the first step towards achieving net zero by the end of the next decade.

This makes it the UK’s first industrial sector, and one of the world’s first major sectors, to state such a commitment within this time frame.

Water is the fourth most energy-intensive industry in the UK, directly contributing about five million tonnes of greenhouse emissions each year.

The industry will work with two international consultancies, Ricardo and Mott MacDonald, to develop a comprehensive action plan that will aim to deliver carbon reductions – with learnings shared with other major energy-intensive industries to develop their own plans in the future.

Anglian Water chief executive Peter Simpson, one of the main backers of the net zero pledge, said: “This is an important first step on the sector’s journey to be net carbon zero by 2030.

“Climate change is an existential threat to our environment, and way of life. Business as usual is simply not an option.

“This vital project will help us find the technologies and processes we will need to help us become carbon zero.

“We’ve made great strides in recent years reducing both operational and embedded carbon, but we don’t have all the answers. So, bringing in outside expertise to help us reach this target is essential.

“The water industry is committed to playing a leading role in decarbonising our economy and while achieving net zero carbon for the sector by 2030 is an extremely challenging task there is huge conviction, enthusiasm and passion from across the sector to ensure we achieve it.”

What does the water industry’s net zero project involve?

Achieving carbon neutrality was one of the water industry’s five social and environmental ambitions that formed part of its public interest commitment (PIC) released earlier this year.

Ricardo and Mott MacDonald will lead production of the plan, which will be published in March 2020 followed by a detailed report in the summer.

Acting on behalf of industry bodies Water UK and UK Water Industry Research (UKWIR), will carry out research that help to define and agree a practical approach to the pledge – while also assessing which carbon reduction measures will have the most impact.

Progress on the goal will be independently assessed each year, with key milestones reported publicly.

Individual companies will use the action plan to inform their own detailed approaches to meeting net zero across the industry by 2030.

Ricardo’s project director for the net zero strategy Ian Behling said: “We’re proud to be working on this project, and both Ricardo and Mott MacDonald are able to bring a wealth of experience and technical understanding that will support the UK water industry in creating a robust and effective net zero strategy.

“This important investment not only sets the direction of the UK’s water industry, but will also influence other sectors, given the important role the water companies will play in supporting the UK’s 2050 net zero ambition.”

Maria Manidaki, water sector carbon management lead from Mott MacDonald, added: “Achieving net zero will require fundamental changes to the way we think of water infrastructure systems and their interaction with customers, other infrastructure sectors, the environment and the wider society and economy.

“Leadership, collaboration and fresh thinking will be paramount to achieving a net zero transformation and both Ricardo and Mott MacDonald are ready to drive this change with Water UK.”

What is the UK water industry already doing to achieve net zero emissions?

The announcement comes as the UN revealed countries will have to increase their carbon-cutting ambitions five-fold if the world is to avoid warming by more than 1.5C compared to pre-industrial levels – the “ideal” target set out by the 2015 Paris Agreement.

The annual emissions gap report showed that even if all current promises are met, the world will warm by more than double the 1.5C goal by 2100.

Water companies have already begun working towards the carbon zero goal via a series of programmes and initiatives. These include: