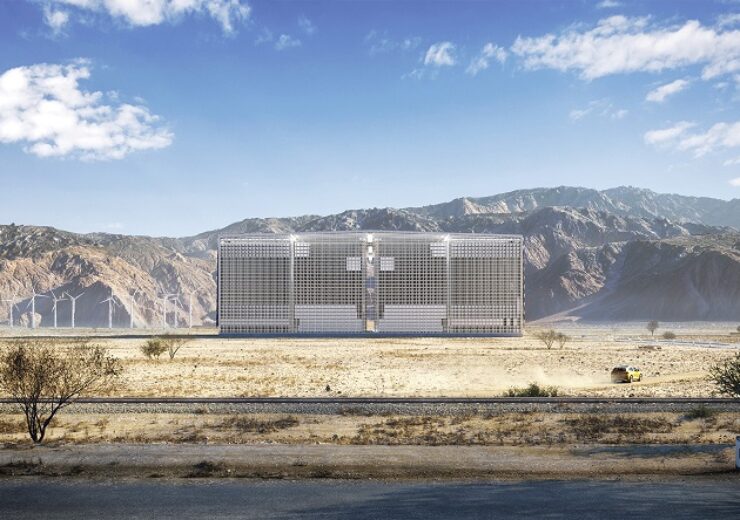 The 100 MWh gravity-based EVx system is being built adjacent to a wind farm and national grid site in Rudong, Jiangsu Province located outside of Shanghai to augment and balance China’s national energy grid through the delivery of renewable energy to the State Grid Corporation of China (SGCC). SGCC is the world’s largest utility and provides power to more than 1.1 billion Chinese citizens in 26 provinces, autonomous regions and municipalities, covering 88% of Chinese national territory.

The project is the first utility scale gravity-based storage deployment between a U.S. and Chinese company and was approved by the local city government and provincial government with support from the central government agencies within the People’s Republic of China. The EVx deployment was granted unprecedented fast-tracked preliminary approval at a March 12th conference of cross-governmental agencies, including National Development and Reform Commission, Ministry of Ecology & Environment, Ministry of Industry Information and Technology, National Energy Bureau, Chinese Academy of Sciences, Chinese Academy of Engineering, National Power Grid and National Electric Power Planning Institute, as well as some of China’s leading scientists, academicians, and engineers, to accelerate and advance its State mandated environmental policy commonly referred to as “30-60”. That policy has a stated goal of Carbon Peak in 2030 and Carbon Neutrality in 2060.

Energy Vault and Atlas Renewable signed a $50 million licensing agreement for the use of Energy Vault’s proprietary gravity-based energy storage technology and its technology agnostic energy management and asset optimization software suite in the Chinese power market. The agreement also includes terms governing volume-based deployment royalties and covers maintenance, monitoring and the beneficial re-use of waste materials within Energy Vault’s composite blocks. The payment of the $50 million licensing fee is scheduled to be completed in 2022.

Energy Vault’s partnership with Atlas Renewable and China Tianying, and the deployment of EVx, are directly aligned with the U.S.-China Joint Glasgow Declaration on Enhancing Climate Action in the 2020s, published at COP26 in November 2021. The Declaration states that the U.S. and China intend to expand their combined efforts to accelerate the transition to a global net zero economy through cooperation on policies to encourage decarbonization and electrification of end-use sectors; key areas related to the circular economy, such as green design and renewable resource utilization; transmission policies that encourage efficient balancing of electricity supply and demand across broad geographies; and distributed generation policies that encourage integration of solar, storage, and other clean power solutions closer to electricity users; among other initiatives.

“Our first commercial EVx™ deployment in China is a significant milestone for Energy Vault and for the People’s Republic of China as it pursues its decarbonization goals,” said Robert Piconi, Chairman, Co-Founder and CEO, Energy Vault. “China is rapidly expanding its use of renewable energy coupled with annual energy storage mandates in order to meet its decarbonization goals. We are very pleased that EVx and our Energy Management Software Platform have already received local regulatory endorsement and is being deployed now as a critical enabling technology to support China’s energy transition and carbon neutrality goals. In 2021, China produced more metric tons of greenhouse gasses than the next four largest countries combined, and as currently planned, will continue to increase emissions until 2030. We must move swiftly to reverse this trend, and together with local partners China Tianying and Atlas Renewable, we will do just that.”

Eric Fang, Chief Executive Officer, Atlas Renewable, stated: “The world’s first deployment of Energy Vault’s transformative EVx technology is taking place in China and it represents U.S. and Chinese collaboration in its best form. The world’s two largest economies have joined forces to meaningfully address climate change with breakthrough, innovative technology that will play a critical role in enabling China’s clean energy transition and 30-60 policy. This project clearly demonstrates the seriousness with which China takes its COP26 commitments and will serve as a model for global decarbonization.”

CNTY Chairman Yan further stated: “The achievement of the Rudong project, will be historically noteworthy, as a path forward, enabled by both Chinese and American private business working together cooperatively and effectively, for a common climate goal: non carbon based energy storage that fully completes the energy production and use cycle of renewable electric power generated from non-carbon sources.”

Energy Vault’s gravity-based solutions are based on the well-understood physics and mechanical engineering fundamentals of pumped hydroelectric energy storage, but replace water with custom-made composite blocks that can be made from low-cost and locally sourced materials, including local soil, mine tailings, coal combustion residuals (coal ash), and end-of-life decommissioned wind turbine blades.

Energy Vault’s EVx systems are designed to help utilities, independent power producers and large industrial energy users significantly reduce their levelized cost of energy while maintaining power reliability. The circular economic design of EVx minimizes environmental and supply chain risks while increasing local jobs in the communities in which the systems are built, providing according to our current expectations from 50% to 75% of the storage investment back to local economies in the form of construction contracts to build the EVx structures and to fabricate the composite bricks locally on site, as well as ongoing maintenance contracts during operation of the systems over time. The systems are automated leveraging Energy Vault’s proprietary advanced computer control and machine vision software that orchestrate the charging and discharging cycles while meeting a broad set of storage durations starting from 2 hours and continuing to 12 hours, or more.