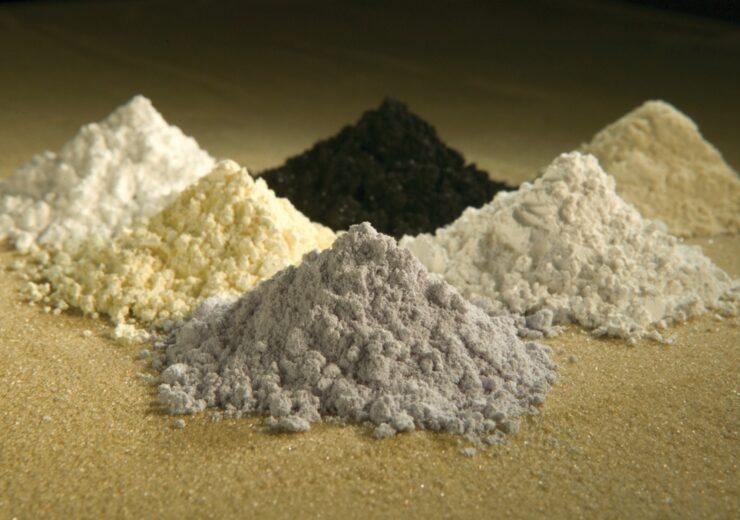 Energy Fuels has entered into a Memorandum of Understanding (MOU) with Nanoscale Powders (NSP) to develop a novel technology to produce rare earth element (REE) metals.

Initially developed by NSP, the technology will be advanced by Energy Fuels to significantly enhance the REE metal-making process.

Energy Fuels will make initial investment in the project to advance the technology to enable continuous, pilot-scale production of 10 kilograms per hour of neodymium-praseodymium (NdPr) metal.

It will also cover the demonstration of samarium-cobalt alloy production.

“We are interested in Nanoscale Powders’ technology because we believe it has the potential to produce REE metals at lower cost, using less energy, and producing significantly less greenhouse gas emissions than conventional REE metal making methods.”

Under the MOU, the two companies intend to negotiate and enter into binding agreements for the project.

The development of the project will follow a phased-approach to scale-up to the production of 1,000 metric tonnes of one or more REE Metals per year.

The two companies will also create a new entity to hold an exclusive license to the technology for REE Metal making.

Energy Fuels will hold the right to earn up to a 100% stake in the entity and technology, by making a capital investment of $10m.

Currently, Energy Fuels is producing mixed REE carbonate and recovering uranium from natural monazite sands at its White Mesa Mill in Utah, US.