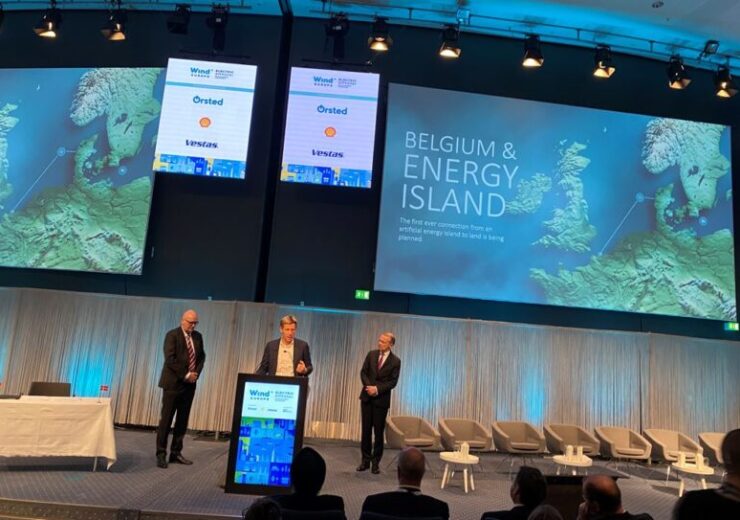 Energinet signed the agreements with Elia and 50Hertz was signed at the WindEurope Electric City 2021 conference. (Credit: Energinet)

Energinet has signed cooperation agreements with Belgian TSO Elia Group and the latter’s German subsidiary 50Hertz to advance two hybrid interconnector projects in the North Sea and the Baltic Sea.

The agreement with Elia Group is for an interconnector between a Danish energy island in the North Sea and a Belgian energy island. Dubbed as Triton Link, the transmission link will have a length of over 600km.

The construction of the Triton Link project will take nearly four years. The project is slated to be completed around the year 2030.

Upon its completion, the Triton Link project is expected to reduce CO2 by four megatonnes annually.

Elia Group CEO Chris Peeters said: “Triton Link will be an important first that will determine the further development of the European offshore electricity grid.

“For the first time ever, two artificial energy islands will be electrically connected via a cable that not only exchanges power between the two countries but also connects to large-scale wind farms in the remote North Sea. This technological feat will enable Elia Group, Energinet and all the companies involved to gain an innovative global lead.”

The agreement with 50Hertz is for a 400km long interconnector between Bornholm, a Danish energy island in the Baltic Sea, and the Mecklenburg-Western Pomerania coast in Germany.

Dubbed as the Bornholm Energy Island project, the interconnector link will transport 2GW of electricity produced by Danish offshore wind farms off the coast of Bornholm to Germany.

Both the agreements were inked by the respective CEOs of the three companies at the WindEurope Electric City 2021 conference held in Copenhagen, Denmark.

According to the Danish state-owned transmission system operator (TSO), the new and more binding cooperation agreements are the first steps taken by the firms towards reaching final investment decisions on the projects.

Energinet CEO Thomas Egebo said: “I see the cooperation agreement as a big step towards Danish energy islands becoming a reality and with huge gains for a greener Europe.

“Today’s agreements show not only that the whole idea of energy islands and connections to several countries is a good idea, but also that the countries are very keen to implement the huge offshore wind projects.

“It’s a big day that brings the energy islands with neighbouring countries one important step closer.”