Located in Israeli waters in the Levant Basin, the Karish North field was discovered in April 2019, and will be tied back to the Energean Power FPSO 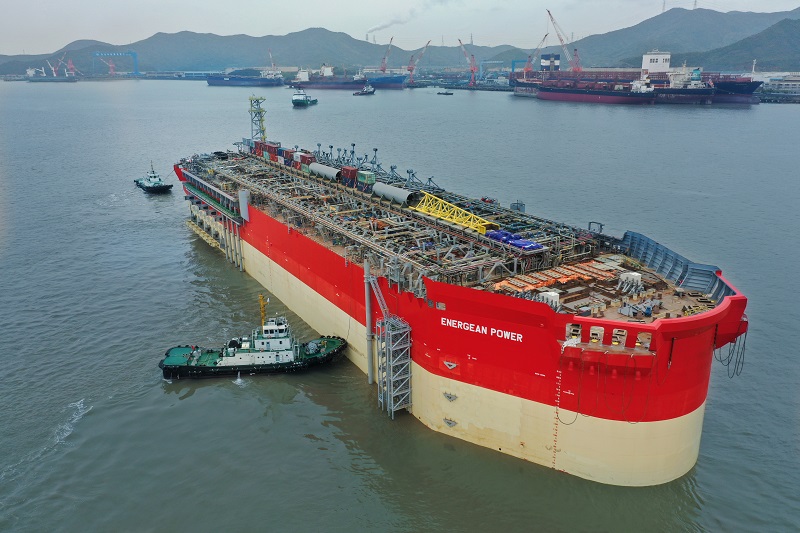 The Karish North field will be tied back to the Energean Power FPSO. (Credit: Energean Oil & Gas PLC)

Energean Oil and Gas said that it has submitted an addendum to the field development plan (FDP) of the Karish North field to the Israeli government following the completion of an independent competent persons report (CPR).

The CPR from DeGolyer and MacNaughton certifies the offshore gas field in the Mediterranean Sea to contain 1.2 trillion cubic feet (Tcf) along with 39 million barrels of liquids. Put together, these represent a total of 250 million barrels of oil equivalent (mmboe), of which 84% is gas.

As per Energean Oil and Gas, the CPR represents a 32% uplift on the company’s previous resource best estimate, which included nearly 0.3Tcf of gas and 5mmbbls of liquids, which represent a total of about 60mmboe, of which 90% is gas.

The company said that the total gross 2P + 2C across the Karish, Tanin, and Karish North fields is now estimated to be about 3.5Tcf of gas plus 82mmbbls of liquids, which represents a total of 698mmboe, of which 88% of is gas.

According to Energean Oil and Gas, the addendum submitted to the Karish and Tanin FDP to the Israeli Ministry of Energy covers the Karish North development. The company foresees a production capacity of up to 300 million standard cubic feet (mmscf/d), initially from one well.

The UK-based oil and gas company expects to take a final investment decision (FID) on the Karish North field development during the latter half of this year with a target to produce first gas in 2022.

Energean Oil and Gas CEO Mathios Rigas said: “I am delighted that 2C resources at Karish North are some 32% ahead of where we had initially expected. This has enabled us not only to convert 0.6 bcm/yr of contingent contracts into firm, but also to continue targeting additional gas sales opportunities that will be incremental to the 5.6 bcm/yr of firm gas sales that we now expect to deliver on plateau.

“We are very pleased to be developing a world-class gas resource of 700 million boe and look forward to more gas discoveries in our acreage in Israel and the wider Eastern Med region.”

Located in Israeli waters in the Levant Basin, Karish North was discovered in April 2019. The gas discovery is planned to be tied back to the Energean Power floating production, storage and offloading unit (Energean Power FPSO), which is due to begin production from the $1.6bn Karish and Tanin development project in the first quarter of 2021.