Eneco and Vattenfall open Slufterdam 2.0 wind farm with twice as much power

Eneco and Vattenfall have announced putting a new, improved version of the Slufterdam wind farm into service. 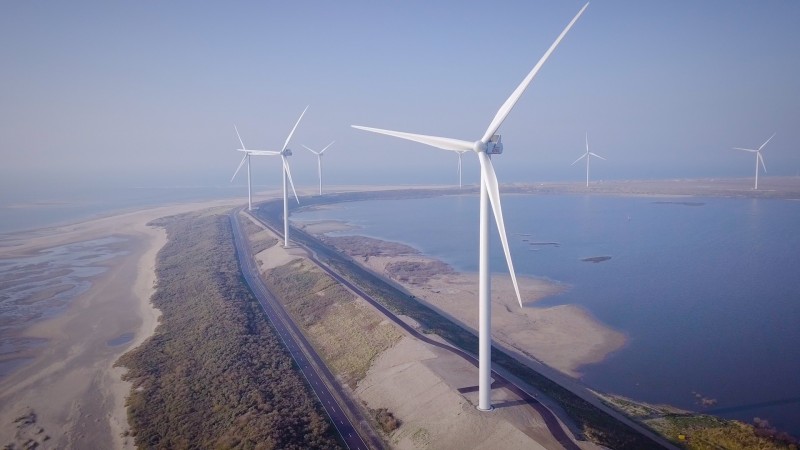 The 17 existing wind turbines in the farm, which has been supplying renewable energy since 2002, have been replaced by 14 wind turbines that are much more efficient.

As a result, the power has nearly doubled from 25.5 MW to 50.4 MW. The 14 wind turbines generate 180 GWh of electricity every year, enough to cover the annual consumption of around 60,000 households.

Constructive cooperation between the various parties in this region was a significant factor in ensuring this project was completed successfully. Diverse social and economic interests intersect due to the unique location of the wind farm, including nature conservation organisations (South-Holland Landscape Foundation and Nature Reserves Holland Landscape), the Port of Rotterdam Authority, municipalities (Westvoorne and Rotterdam), and two competing energy companies (Eneco and Vattenfall). They all worked together to achieve the ultimate objective: to generate more renewable energy that also contributes to the restoration of the natural environment.

Lies van der Pol, alderman of the Municipality of Westvoorne: “The municipality wants to increase its share of renewable resources and contribute to the energy transition. Support from our residents and proper integration of renewable energy sources into our landscape are key basic conditions for this. Together with Eneco and Nuon, we were able to give substance to this by establishing two funds. One of these is the Liveability Fund, through which we provide financial support to associations, schools and social organisations to foster the use of renewable resources.”

Along with the Liveability Fund, the stakeholders set up a Nature Fund. Michiel Houtzagers, Director of the South-Holland Landscape Foundation, and Anneklaar Wijnants from Nature Reserves are pleased with the fund: “The Slufterdam wind farm is right next door to a splendid nature reserve and recreation area, This fund enables us to invest in the special coastal environment that is so characteristic of this region and enhance the natural environment experience.”

Eneco is proud of this project and how the cooperation has taken shape. Cees de Haan, Director of Eneco Solar and Wind: “To make the Netherlands more sustainable, more wind farms will have to be built in the coming years. This would not be possible without suitable support. The only proper approach is to work together on renewable energy with a consideration for everyone’s interests and the interests of society. In the case of windfarm Slufterdam all of this came perfectly together resulting in a very modern wind farm which will produce a great amount of renewable energy each year.’

Peter Smink, CEO Vattenfall Netherlands: “For Vattenfall, every step we take with wind energy and other renewables is an important milestone, because it is entirely consistent with our ambition to be fossil free within one generation. This wind farm is situated in a unique location with plenty of wind. With the new, larger wind turbines, we can make perfect use of this resource.”