ENEC completes next stage of testing at Unit 2 of 5.6GW Barakah nuclear plant 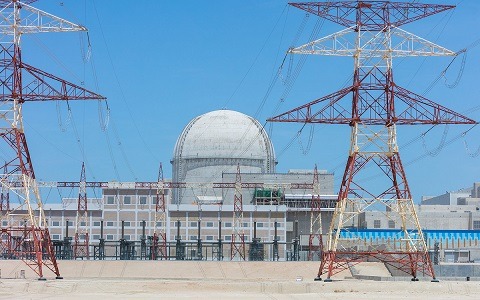 Located approximately 53km west-southwest of the city of Ruwais, the $24.4bn project is being jointly developed by ENEC and the reactor supplier Korea Electric Power Corporation (KEPCO).

The ten-day pre operational tests were conducted in collaboration with the KEPCO and Barakah project prime contractor Nawah Energy Company, and under the observation of the UAE’s independent nuclear regulatory body Federal Authority for Nuclear Regulation (FANR).

The completion of the tests marks another milestone in the testing and commissioning phase of the Barakah plant, ENEC said.

ENEC CEO Mohamed Al Hammadi said: “With the completion of these pre-operational tests on Unit 2, we are moving closer to achieving our goal of supporting the future social and economic growth of our nation through the provision of clean and reliable electricity.

The firm noted that the SIT and ILRT validated Unit 2’s structural safety performance under normal and extraordinary circumstances, as well as its integrity and robustness of the structure in terms of force and leak tightness.

Al Hammadi added: “The positive results of these tests demonstrate that the Reactor Containment Building has been constructed in accordance with the highest international safety standards, and displaying exemplary quality performance.”

The SIT is aimed to assess the strength of the Reactor Containment Building (RCB), the structure at the heart of the plant while ILRT validates the containment building’s leak tightness under a variety of conditions.

The first reactor unit is planned to enter service by 2020. Once fully commissioned, the project will have capacity capable of meeting up to 25% of the UAE’s electricity requirements while preventing the release of more than 21 million tons of greenhouse gas emissions annually.

The Barakah nuclear plant will feature four APR1400 reactor units, each with a gross electric capacity of 1,400MW.