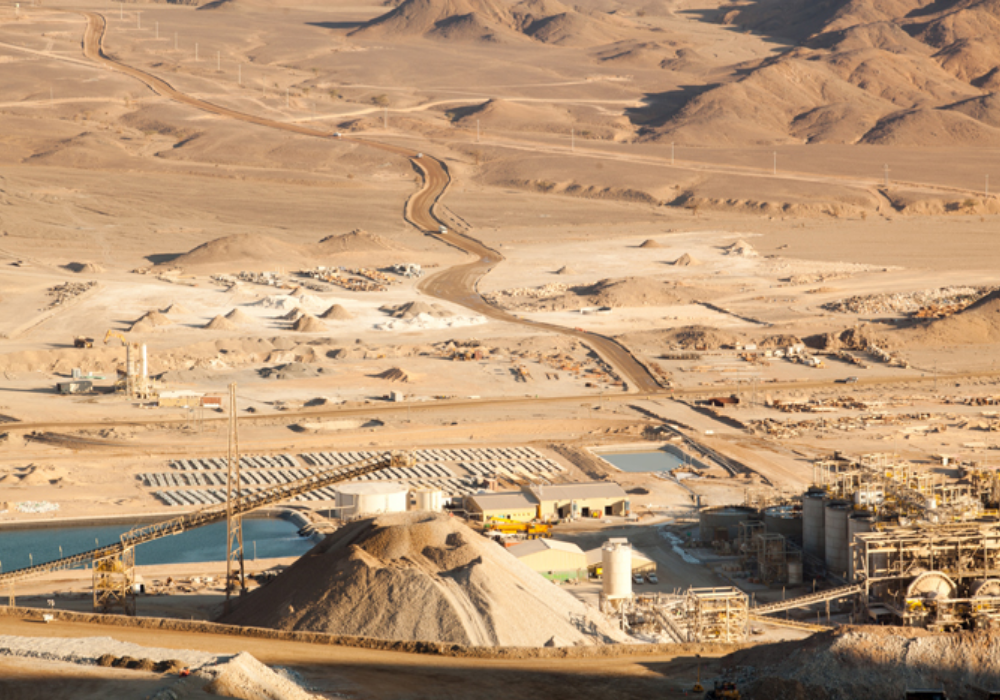 Centamin is primarily focused on its flagship Sukari gold mine project in Egypt (Credit: Centamin)

The possibility of a merger between Endeavour Mining and Centamin has edged closer, following a meeting between the gold miners at the weekend.

London-listed Centamin originally rejected a £1.5bn ($1.96bn) takeover bid from its rival miner at the start of December, saying the proposed deal “materially undervalues” the company and that it was better positioned to operate independently.

But according to Canada’s Endeavour, top bosses from the companies met at the weekend in Perth, Australia, to discuss a deal that would see the pair join forces and create a powerful mid-tier gold miner with a market value of almost $4bn.

In a statement, Endeavour said the parties had agreed that in order to determine the feasibility of a transaction, they would need to conduct a “reciprocal due diligence exercise”.

It added: “The objective of the due diligence exercise would be to allow both companies to further understand each other’s assets and would be a critical precursor to allowing the parties to determine whether the financial terms of a transaction could be agreed that was in the best interests of both companies’ shareholders.

“In order to commence the due diligence exercise, the parties now need to agree on the scope and timetable.”

Endeavour said it sent a proposed due diligence timetable to Centamin on Sunday (15 December).

Why Centamin originally rejected the plans for the Endeavour merger

The Centamin board previously made the unanimous decision to reject the takeover, after Toronto-listed Endeavour went public with its bid to take a controlling 53% of the company on 3 December.

The Jersey-headquartered firm is primarily focused on its flagship Sukari gold mine project in Egypt – the only such facility in the country.

It also has exploration interests in the Ivory Coast and Burkina Faso – the latter of which is home to almost half of Endeavour’s own gold resources, and was the location of a terrorist attack last month targeting a mining convoy operated by Semafo, in which 37 people were killed and more than 60 injured.

Centamin’s executives said the proposed takeover would expose its shareholders to the “deteriorating operating environment” in the country – and criticised Endeavour for taking the offer public and not following the “correct communication channels”.

Centamin chairman Josef El-Raghy said: “The board strongly believes that Endeavour’s proposal significantly increases financial and operating risk without any material benefits to our shareholders.

“Our stated strategy has always been to maximise returns for all of its shareholders, having returned approximately $500m to shareholders since 2014.

“In addition, despite numerous requests, Endeavour has refused to enter into a customary non-disclosure agreement to allow the board to further assess the proposal.

“It is the board’s belief that the proposal made by Endeavour sits in stark contrast with Centamin’s strategy and we strongly advise our shareholders to take no action.”

It has been a difficult year so far for Centamin, involving production issues and management alterations.

There were key changes to its board at the start of 2019, which saw El-Raghy move from executive chairman to chairman.

With the firm struggling to ramp up production at its Sukari mine, chief executive Andrew Pardy announced his intention to leave the company in October.

Alongside El-Raghy, Pardy has agreed to remain at the company while it looks for his successor.

With Endeavour ramping up its interest in a takeover, Centamin has announced Jim Rutherford as its new chairman, who will join the board in January.

The intention is for him to take up the role of non-executive chairman by the end of 2020, succeeding El-Raghy.

Centamin’s production has been falling over the last couple of years at Sukari, which is regarded as one of the world’s largest gold deposits.

It churned out just over 330,000 ounces in the opening nine months of this year, but Centamin said the lower end of its full-year guidance range of 490,000 ounces of the metal is still achievable.

Why Endeavour is looking to merge with Centamin

Endeavour – which is heavily backed by the La Mancha investment vehicle of the wealthy Egyptian Sawiris family – claims to have been rebuffed in attempts to elicit “meaningful engagement” with Centamin’s board over a merger on several occasions since October 2018.

It claims the deal would create an influential diversified gold producer with a “high-quality portfolio of assets” across the African region — as well as being able to improve the running of the Sukari mine.

Following the rejection of Endeavour’s takeover bid, its president and CEO Sébastien de Montessus said his company believes Centamin’s shareholders are currently “disadvantaged by the Sukari mine being managed within a single-asset portfolio”.

He also highlighted the recent operational challenges and the ongoing leadership transition at the firm as challenges for the company.

“There would be immediate potential benefits from integrating Sukari into a multi-asset portfolio that is managed with a long-term value focus and with La Mancha as a key cornerstone shareholder,” added de Montessus.

Next steps for the potential Endeavour and Centamin merger

Endeavour announced it is subject to a “put up or shut up” (PUSU) deadline, under UK City Code on takeovers and mergers.

That means the miner is required, by no later than 5pm on 31 December, to confirm whether it intends to make a firm offer or not.

Endeavour said in its statement that for both parties to conduct the necessary due diligence and discuss terms, it has asked Centamin to request the takeover panel consent to an extension of the PUSU period.

But the firm admitted its counterpart has not yet done this and that there “can be no certainty that they will”.

The statement added: “In line with Endeavour’s disciplined approach to business development opportunities and in light of the need for Endeavour to conduct due diligence on Centamin, Endeavour will not announce a firm intention to make an offer on or before December 31, 2019, without the recommendation of the board of Centamin – and Endeavour will not be able to waive this precondition.”

If a potential agreement is reached, it would be one of a number of mergers and acquisitions that have taken place within the gold industry, with figures reaching $33bn for pending and completed deals so far this year.