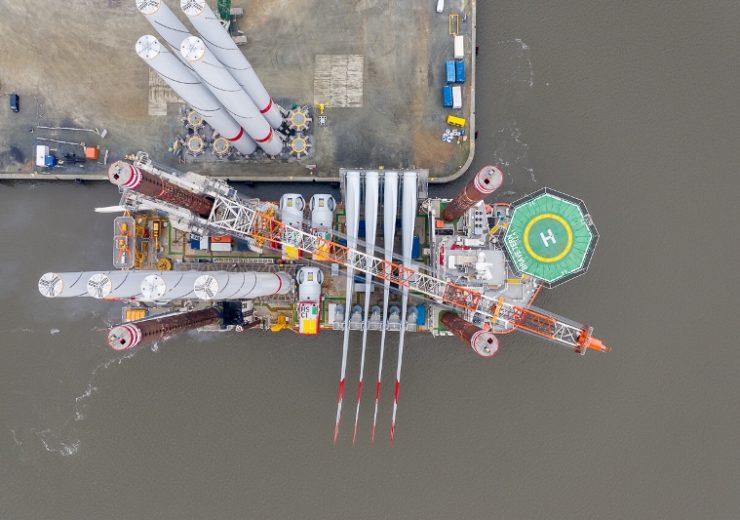 With the completion of work at the Hohe See farm, the installation vessels Blue Tern and Brave Tern will proceed to the adjacent wind farm, Albatros, to install 16 more wind turbines.

The commissioning of the Hohe See wind turbines will be taken up concurrently. The company said that 27 turbines have already been put into operation and are feeding electricity into the grid.

EnBW said that the ‘Hohe See’ and ‘Albatros’ together constitute the largest offshore wind project with 609MW currently being realised in Germany.

EnBW expects both wind farms to be operational this year

More than 600 employees are working at the construction site to put both wind farms into operation in 2019.

The company said that around 50 ships are involved in the construction work, and the EnBW offshore subsidiary in Hamburg is coordinating the project.

Canadian energy infrastructure company Enbridge has acquired a 49.9% stake in both wind farms and EnBW has retained the remaining 50.1% in both cases.

In July this year, EnBW had announced that construction of the ‘Hohe See’ and ‘Albatros’ offshore wind farms reached the half-way mark, with the installation of 44 of the 87 wind turbines.

The company said that the two installation vessels load the components for four wind turbines at a time at the port of Esbjerg in Denmark. The components are later attached offshore to foundations installed in the seabed.

Based in the German city of Karlsruhe, EnBW has been constructing efficient offshore wind farms since 2010 to push forward the ‘Energiewende’ on land.

‘Energiewende’ is the term used for Germany’s transition to a low-carbon, reliable, and affordable energy supply.

The company said that the 87 wind turbines are due to be connected to the grid by the end of 2019.

The wind farms will generate electricity that will cover the aggregate requirements of all the private households in Munich.