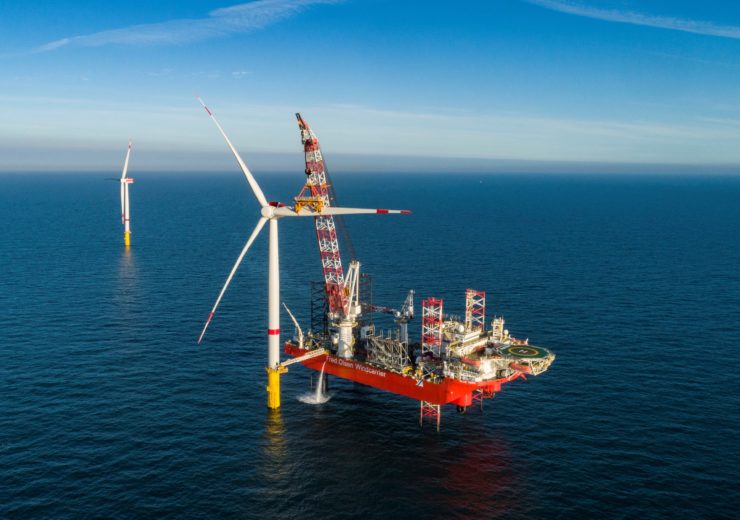 German utility EnBW Energie Baden-Württemberg (EnBW) has fully connected its Hohe See offshore wind farm, which said to be the biggest wind farm in Germany, to the grid.

The company said that the Albatros wind farm, which is located close to the Hohe See offshore wind farm, has also started producing electricity.

EnBW said that Hohe See and Albatros together have a total of 87 wind turbines and produce an output of 609MW, which is equivalent to the energy produced by a modern gas-fired power plant.

The power produced from the wind farms is adequate to supply Munich households with green energy. EnBW completed the construction of the two wind farms in September last year.

In February 2017, Canada-based energy infrastructure firm Enbridge has acquired a 49.9% stake in both wind farms, leaving EnBW with the remaining 50.1%.

The Hohe See offshore wind farm is located in the exclusive economic zone of the North Sea, approximately 98km off the German coast and 90km north of Borkum Island, covering approximately 42km ² of area.

The turbine towers, along with the nacelle and rotor blades, is said to weigh 755tonnes, and the rotors cover an area of 18,630m², which is the equivalent of 2.6 football pitches.

The wind farm has been connected to the German grid through the BorWin3 platform, a high-voltage direct current (HVDC) grid connection system, and the BorWin Gamma converter platform.

Siemens was contracted to provide service and maintenance for the turbines for a five year period after the commissioning of the project.