The projects are expected to power more than 60,000 Polish households with clean energy 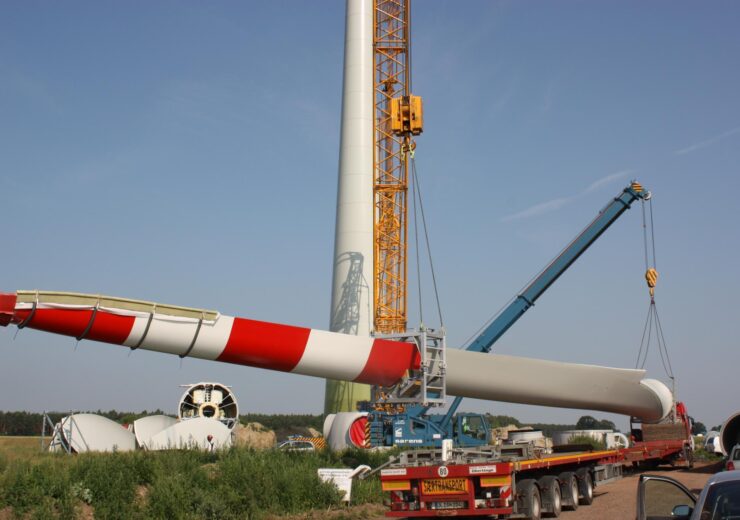 EIB and LBBW support the construction of wind farms in Poland. (Credit: The European Investment Bank.)

The European Investment Bank (EIB) and Landesbank Baden-Württemberg (LBBW) have agreed to provide a loan of PLN184m (€42m) each to wpd for the construction of five wind farms in Wielkopolskie region in Poland with a capacity of 102.5MW.

The projects with their total installed capacity are expected to power more than 60,000 Polish households with clean energy.

The EIB said that its financing is backed by a guarantee from the European Fund for Strategic Investments (EFSI), the central pillar of the Investment Plan for Europe.

EIB vice-president Teresa Czerwinska said: “Poland is looking to reduce its dependence on coal, while creating new jobs in the energy sector. Wind power is the renewable energy source with the biggest growth potential in the country, and the EIB is glad to support this transition.

“Thanks to EFSI, we are able to address a gap in affordable long-term finance for renewable energy generation in Poland. This is important, as we need to offer the country and its people the best possible conditions to embrace a clean and climate-friendly future.”

wpd secured the projects in Polish auction in 2018

wpd secured the five wind farms in Poland in an auction held in November 2018.

The projects are in their final stage of installation and commissioning as 35 out of 38 turbines have already been installed. All the five projects are expected to be fully operational in the fourth quarter of this year.

According to the EIB, the wind farm projects will not only help in reducing CO2 emissions and air pollution, but also support less-developed regions, reducing regional disparities.

wpd board member Hartmut Brösamle said: “We are pleased about the positive development of the Polish market with further successful projects for wpd. These projects are of great importance to us and show that we have successfully established ourselves in another market.

“With a strong team and an extensive project pipeline, we have a long-term commitment in Poland.”