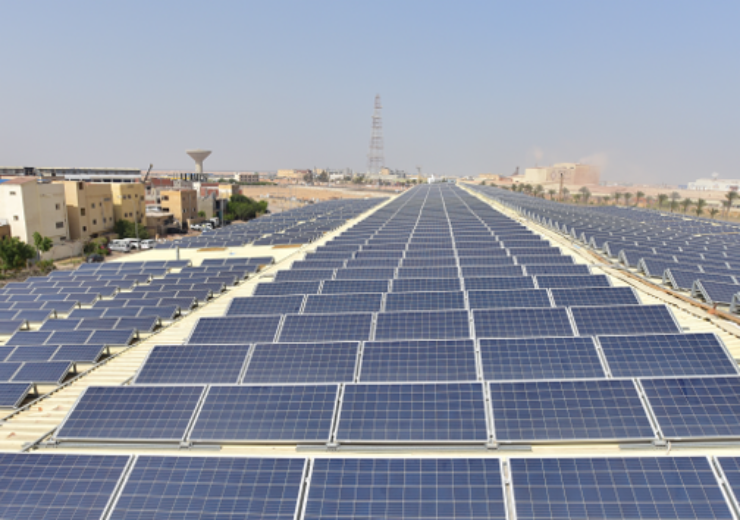 “Blanketing the golden deserts of Egypt with solar panels and unlocking their massive energy potential,” was the dream of Yaseen Abdel Ghaffar, Managing Director of SolarizEgypt, a company that successfully implemented the first rooftop photovoltaic (PV) system through a private-to-private power purchase agreement (PPA) in the country.

With the help of the EBRD’s Green Economy Financing Facility (GEFF) in Egypt, which is supported by the European Union, SolarizEgypt’s first impactful project materialised when the company received assistance in implementing the installation of a rooftop PV system for the Coca Cola Company.

The GEFF’s support provided the company with the opportunity to receive finance from the QNB Al Ahli Bank, one of GEFF’s partner banks. Although the 1 MW PV system is installed at the Coca Cola’s Sadat City facility, SolarizEgypt retains its ownership and sells the electricity produced to power the factory, so all parties benefit.

SolarizEgypt therefore, became an independent power producer (IPP) based in Egypt, selling electricity to the private sector under the net metering scheme  with a 25-year guarantee on the installed PV systems. The company provides recommendations on the best solar energy systems for clients with designs that ensure maximum output, in addition to ongoing monitoring and maintenance.

The project was financed by a mix of equity and debt through the QNB Al Ahli Bank and the GEFF in order to reduce debt costs, as this project was the first of its kind to be executed under such an arrangement in Egypt. SolarizEgypt also received the first net metering license in the country under the newly-established regulations.

“It was difficult for our company to bring on board local banks and convince them of the benefits of merging solar technology and financing, as it was seen as a risky investment,” says Mr Abdel Ghaffar. “The EBRD’s assistance came at the perfect time to help us grow.”

The GEFF team assisted SolarizEgypt by evaluating the technical and financial aspects of the project and aligning their proposal with the partner bank’s rules, making it technically feasible and eligible for GEFF finance.

The new PV plant gave Coca Cola access to cheaper electricity and with zero investment upfront, along with significant economic and environmental benefits including electricity savings and the creation of 15 sustainable jobs maintaining the PV systems for the next 25 years.

The success of the project meant the company paved the way for the market to replicate this new model and stimulated the appetite of the partner bank to finance similar projects with other clients. SolarizEgypt was able to increase its business outlook, with over 14 MW of PV to be installed by the end of 2020. The environmental impact of the project annually is the equivalent of powering around 3,700 average households or saving the greenhouse gas (GHG) emissions of around 7,000 cars.

To date, SolarizEgypt has implemented seven PV system projects with GEFF support in different areas in the country, helping to save over 88,000 MWh of energy (equivalent to the annual GHG emissions of over 13,000 cars) and reducing CO2 emissions by more than 15,000.

GEFF Egypt was developed by the EBRD and is supported by the EU in cooperation with the European Investment Bank and Agence Française de Développement. The GEFF in Egypt has supported over 40 businesses in around 80 projects implemented across sectors as varied as textiles, ceramics, printing, agribusiness and packaging.