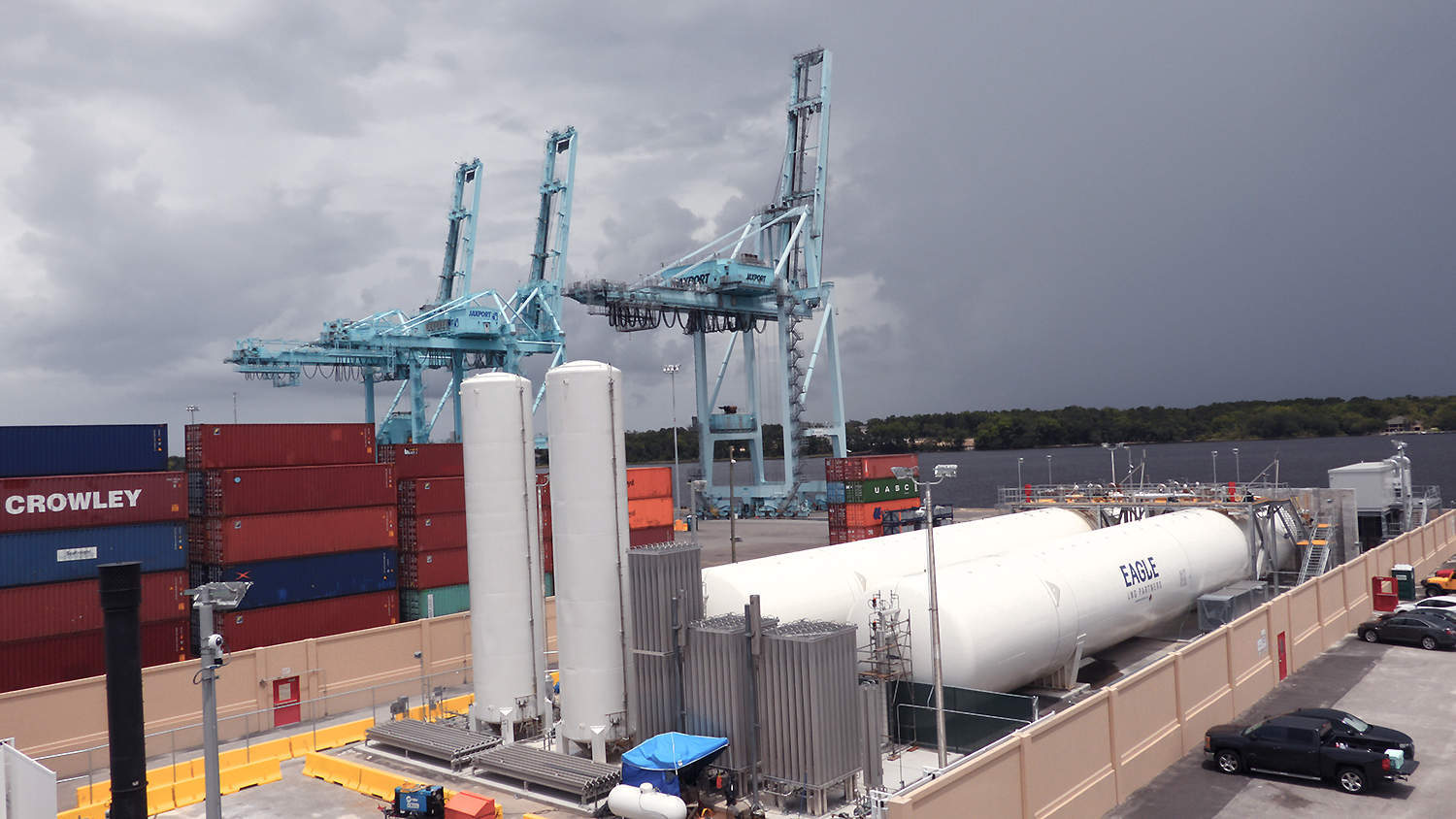 The plant which has been operating since early 2018 has a production capacity of 200,000 liquefied natural gas (LNG) gallons-per-day with a 1 million-gallon storage tank. Maxville is built to supply Eagle LNG’s Marine Fuel Depot – Talleyrand located on the Port of Jacksonville’s (JAXPORT) Talleyrand Marine Terminal.

Integral to supporting maritime fueling, Eagle LNG’s marine fuel depot is a shore-side facility offering 500,000 gallons of LNG bunkering capability, while occupying a small two-acre footprint which allows bunkering at Crowley’s berth where their ships are homeported. The fuel depot is the first of its kind world-wide. As a permanent marine infrastructure, it delivers a long-term LNG bunkering solution at JAXPORT for both domestic and international marine trade routes.

“Eagle LNG is investing millions of dollars creating small-scale LNG infrastructure to supply LNG as a cleaner-burning, more economical fuel alternative for marine bunkering and for export to the Caribbean,” said Sean Lalani, President of Eagle LNG. “It represents the start of Eagle LNG’s plans to build LNG infrastructure across the nation.”

Eagle LNG’s Maxville LNG Facility and the Eagle LNG Marine Fuel Depot – Talleyrand are significant because each contributes to the LNG infrastructure needed for shipping companies to comply with the International Maritime Organization’s rule which requires the reduction of marine fuel sulfur content by January 1, 2020.

Eagle LNG is also focused on completing its larger LNG export plant, also to be constructed in Jacksonville, on the St. Johns River north of JAXPORT. The new plant will have capacity to produce 1.5 million LNG gallons-per-day with a 12 million-gallon storage tank, a marine jetty and road tanker loading bay. It will supply LNG for power generation to the Caribbean Islands plus domestic fuel and power markets.

The US Federal Energy Regulatory Commission is expected to approve the larger export facility soon, with first LNG production anticipated from the facility in 2020.