To be built in the UK North Sea, the Dogger Bank Wind Farms to be developed by Equinor and SSE Renewables will power 4.5 million homes annually 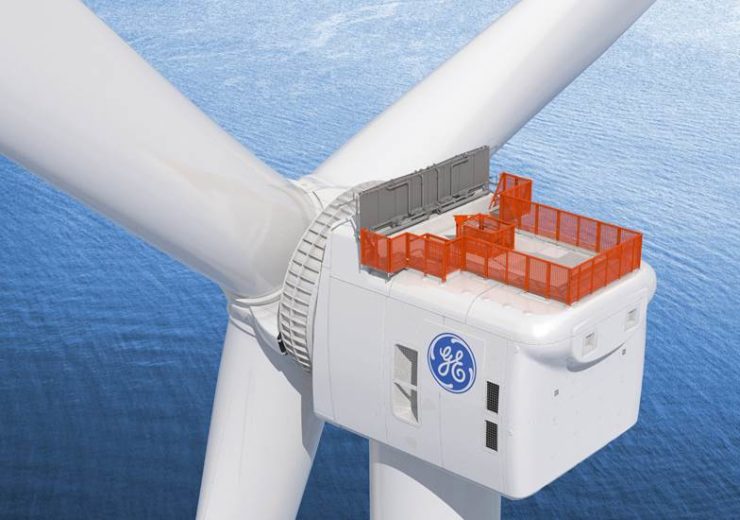 Equinor and SSE Renewables have selected GE Renewable Energy as the preferred turbine supplier for their 3.6GW Dogger Bank Wind Farms to be built in the UK North Sea.

Under a contract expected to be awarded later, GE Renewable Energy will deliver its 12MW Haliade-X offshore wind turbines, which were unveiled by the company in July 2019.

The company said that the exact number of Haliade-X turbines to be installed at the Dogger Bank Wind Farms will be revealed in due course. According to GE Renewable Energy, the new offshore wind turbine can produce 67GWh in gross annual energy, which is enough electricity to power 16,000 European households, while offsetting 42 million tonnes of CO2.

GE Renewable Energy president and CEO John Lavelle said: “We have an important role to play in the UK’s offshore wind ambitions and in delivering further carbon emission reductions. Our Haliade-X technology is helping our customers to make offshore wind a more competitive source of clean and renewable energy by reducing the levelized cost of energy (LCOE).”

Dogger Bank comprises three wind farms, each of 1.2GW, to be located nearly 130km from the Yorkshire Coast. The Dogger Bank offshore wind project is expected to see an investment of around £9bn.

SSE Renewables and Equinor expect to make a financial investment decision (FID) on the project by the end of next year, after which GE Renewable Energy will be confirmed as turbine supplier. Onshore construction pertaining to the project is expected to begin in early 2020, said SSE, the parent company of SSE Renewables.

SSE Renewables capital projects director Paul Cooley said: “The joint Equinor and SSE Renewables project team on Dogger Bank is excited to work with GE Renewable Energy to introduce the next generation of offshore wind turbine to the UK, and to be the first European wind farm to install and operate these innovative turbines.

“Dogger Bank will now be home to the largest offshore wind turbines in the world and to this pioneering low carbon technology, which will play a central role in helping the UK become carbon neutral by 2050.”

SSE Renewables will lead the development and construction phases of the offshore wind project, while Equinor will lead on operations upon its completion. Both companies have a 50:50 share in the joint venture created for owning the offshore wind facility.