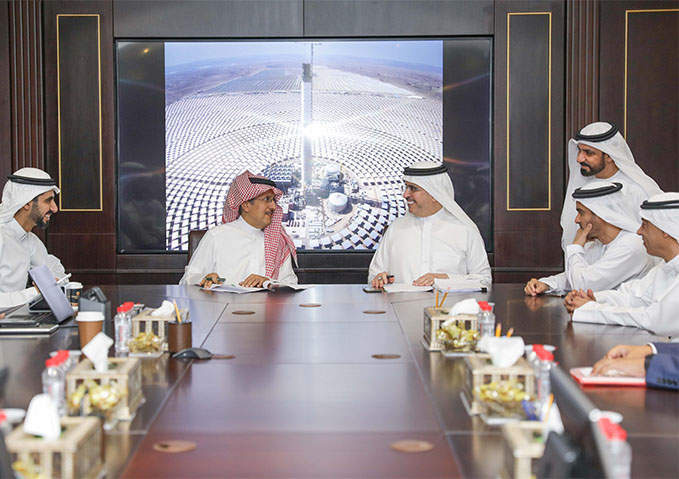 With this amendment, DEWA has increased the Mohammed bin Rashid Al Maktoum Solar Park’s capacity in the fourth phase from 700MW to 950MW. The capacity addition has been made at a cost of $0.24 per kilowatt hour (kWh).

The amendment has also increased the total investment for the project to AED16bn ($4.36bn). This is part of DEWA’s efforts to achieve the objectives of Dubai Clean Energy Strategy 2050.

As per the electricity authority, the project will include three technologies to generate clean energy including 600MW from a parabolic basin complex, 100MW from a solar tower and 250MW from photovoltaic panels.

“The UAE’s leaders accord this sector high priority in their vision for the nation’s future. Furthermore, being at the forefront of technological advancement in this sector is critical to Dubai’s aspiration of becoming one of the leading cities of the world. We see this project being a unique model for large clean energy projects elsewhere in the world.

The fourth phase of the solar park is claimed to be the largest investment project that uses concentrated solar power (CSP) on a single site, and is based on the independent power producer (IPP) model. It is also claimed to have achieved the lowest Levelised Cost of Electricity (LCOE) of $0.73 perkW/h for the CSP technology.

The solar park is considered to be one of the key projects to support the Dubai Clean Energy Strategy 2050 with a total capacity of 5GW by 2030 and investments of about AED50bn ($13.61bn).

The first phase of the project with 13MW PV was operational in 2013. The 200MW second phase solar PV was launched last May and the 800MW third phase is expected to be operational by 2020.