DEA wins rights for two licenses in the Barents Sea

DEA has bagged rights for two new licenses in the Barents Sea from the Norwegian Ministry of Petroleum and Energy during the 24th licensing round. 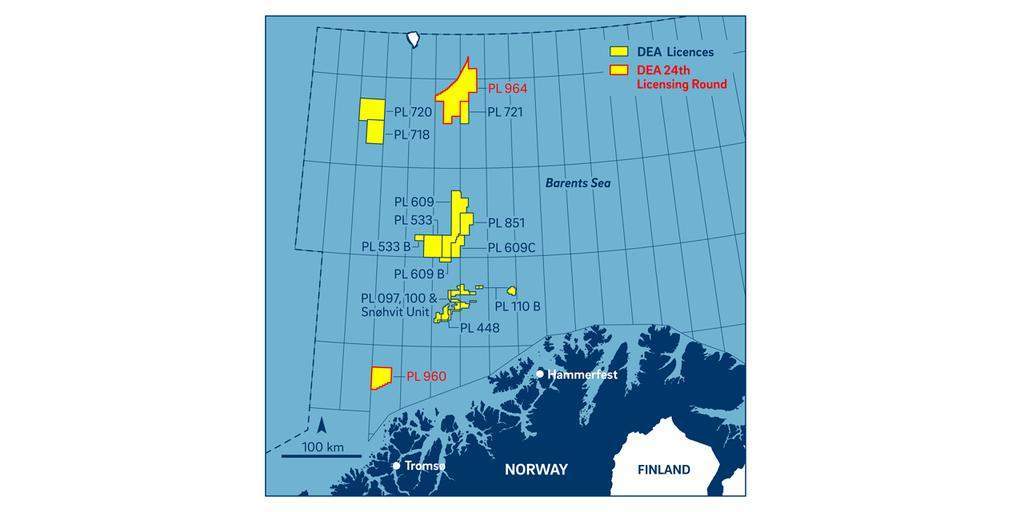 DEA Norway exploration manager Svend Erik Pettersson said: “We got what we applied for and are on track with the strategy to strengthen our portfolio in the Barents Sea. Both licences are in promising geological provinces, and I’m looking forward to sit down with our partners and plan the next steps.”

“These awards are a perfect fit to our existing licence portfolio and support DEA’s long-term commitment to further growth on the Norwegian Continental Shelf. It proves once again the authorities’ continued confidence in DEA’s competencies”, Boeckmann adds.

In all, 12 production licences were offered to 11 companies in the 24th licensing round, thereof three licences in the Norwegian Sea, and nine in the Barents Sea.

The 24th licensing round was announced 21 June last year. The Ministry of Petroleum and Energy announced 102 blocks/parts of blocks, of which 9 were in the Norwegian Sea and 93 in the Barents Sea.

Nearly half of this acreage is now included in the offers issued this week; all 9 blocks in the Norwegian Sea and 38 blocks in the Barents Sea.