Last month, a federal judge at the US District Court for the District of Columbia ruled that the Dakota Access Pipeline should be shut down and its oil to be emptied by 5 August 2020 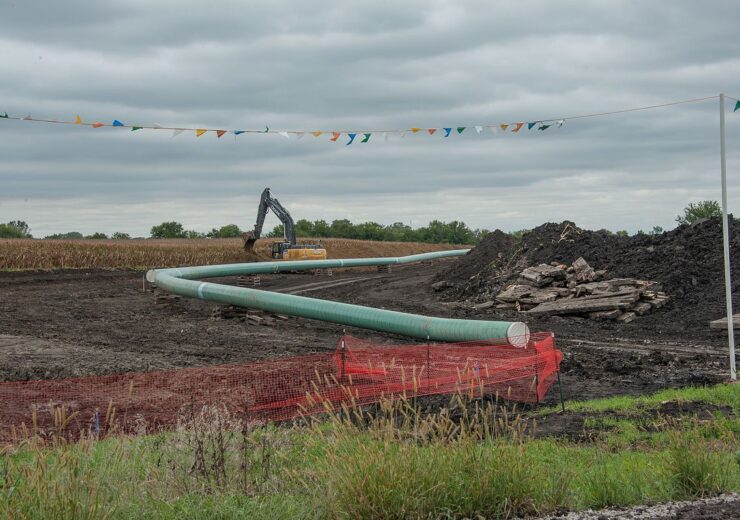 A federal appeals court in the US has allowed Energy Transfer Partners’ $3.78bn Dakota Access Pipeline to continue transporting crude oil pending additional court proceedings despite a recent ruling against it in a lower court.

Despite the appeals court’s judgement, a legal tussle continues to go on regarding a permit that allowed the underground crude oil pipeline to be finished, reported Reuters.

Last month, a federal judge at the US District Court for the District of Columbia ruled that the 1,886km oil pipeline should be shut down and its oil to be emptied by a deadline of 5 August 2020.

The judgement from the district court, which was based on environmental grounds, declared the US Army Corps of Engineers’ decision to give approval to the pipeline to be laid beneath Lake Oahe as invalid.

The US Court of Appeals for the District of Columbia Circuit said that the district court did not make the findings required for injunctive relief. The appeals court ordered that the administrative stay entered on 14 July 2020 to be dismissed.

Earthjustice, which has been representing the Standing Rock Sioux tribe in the legal battle against Energy Transfer alleged that the Dakota Access Pipeline is currently operating illegally after the permit for it to cross underneath Lake Oahe was vacated by the district court.

Standing Rock Sioux Tribe chairman Mike Faith said: “We’ve been in this legal battle for four years, and we aren’t giving up this fight.

“As the environmental review process gets underway in the months ahead, we look forward to showing why the Dakota Access Pipeline is too dangerous to operate.”

Also called the Bakken pipeline, the Dakota Access pipeline has been transporting light sweet crude oil from the Bakken/Three Forks production area in North Dakota to Patoka, Illinois. Operating since June 2017, the crude oil pipeline has a capacity of carrying 570,000 barrels of oil per day.

In June 2019, Energy Transfer started filing and making notifications to states regarding its intentions to optimise the existing Dakota Access Pipeline to facilitate additional volumes of crude oil.