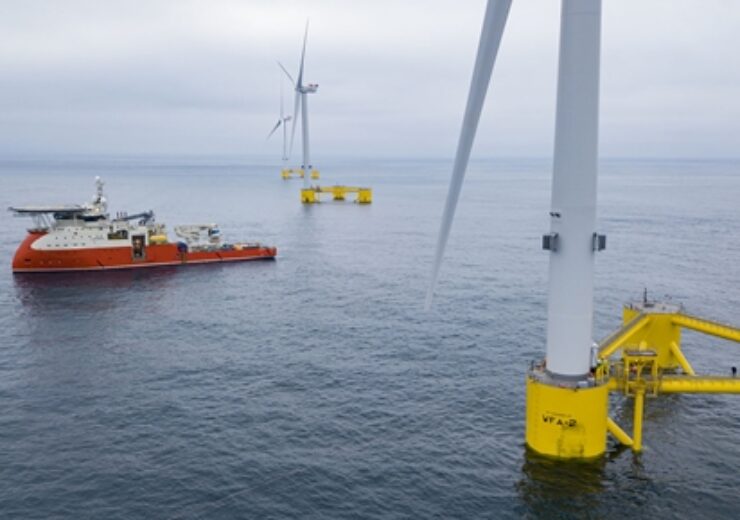 The manager of the seabed around Wales, England and Northern Ireland, Crown Estate has awarded seabed rights for two offshore wind projects in Wales.

To be situated in the Welsh waters of the Celtic Sea, approximately 44km from shore, the wind farm is said to be the first Wales’ first floating offshore wind farm.

The award of seabed rights, known as an ‘Agreement for Lease’, will enable Blue Gem Wind to proceed with environmental assessments and surveys.

It will allow the company to secure access to the grid and seek planning consent through the statutory processes.

“It is the first of the stepping-stone projects required to launch a new chapter in the development of offshore energy in the South West; a new industry that can deliver significant benefits for the local supply chain and the coastal communities of Wales and the wider UK.”

Additionally, the seabed manager has also awarded the rights for the proposed extension to the 576MW Gwynt y Mor wind farm off the North Wales coast.

The expansion project, to be named as Awel y Mor, will add nearly 576MW of additional capacity to the existing wind farm.

This project is also expected to support the country in fulfilling its net zero ambitions and provide further benefits to the local community.

The company has also confirmed the inclusion of Wales’s seabed areas in The Crown Estate’s Offshore Wind Leasing Round 4.

In June this year, Crown Estate Scotland, manager of Scotland’s seabed, has announced the launch of the first round of offshore wind leasing in Scottish waters in a decade.