Siemens has been awarded a contract to supply equipment to Vietnam’s Trung Nam Group for the 258MWp solar plant in Vietnam. 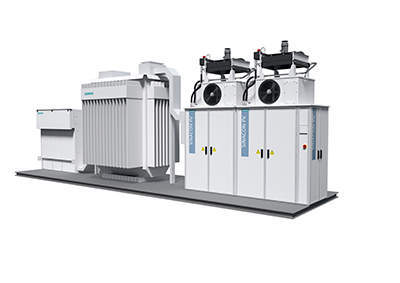 Image: Siemens’ equipment will be used for the 258MWp solar plant in Vietnam. Photo: courtesy of Siemens AG.

Located in the southern province of Ninh Tuan, the solar plant is operated by Trung Nam and is planned to be commissioned by mid-2019. It marks the first solar project for Siemens in southeast Asia.

Under the $17.5m contract, Siemens will supply inverters, power- and distribution transformers, gas-insulated medium-voltage switchgear, circuit-breakers, and a monitoring and control system for the solar project.

The firm plans to deliver the four power transformers as Sensformer with digital interface for the project, which can deliver up to 425 Gigawatt hours (GWh) per year.

The project’s solar panels are capable of generating a combined DC voltage of 1,500V while the inverters convert the DC to 660V AC and transformers will first step this up to 33kV and then to 220kV.

The resulting power is then fed into the high-voltage grid and the power distributed around the country, Siemens said.

Trung Nam Group general director Nguyen Tam Tien said: “Vietnam’s need for energy is rapidly growing. To cover this demand, we must increase the share of renewables, among other things. The government is aiming at developing 18 gigawatts of generating capacity by 2030.

“Siemens is supporting us with our solar project so we can reach the government targets for developing renewable energy in Vietnam.”

The solar project will have capacity to generate electricity enough to power approximately 200,000 households.

Siemens said in a statement: “As transformers are placed at critical nodes of the power grid, they are perfect sensors for grid conditions containing full information on energy flow.