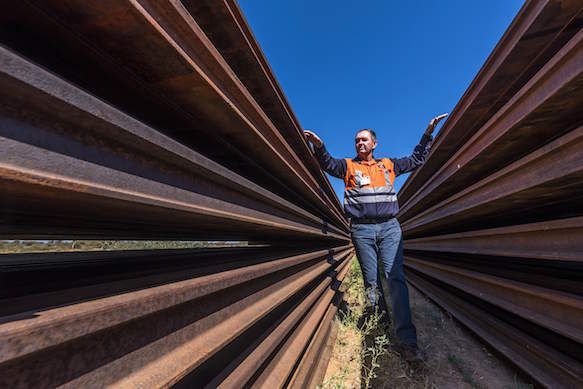 Image: The Boikarabelo mine in South Africa. Photo: courtesy of Resource Generation Limited.

Sedgman will be responsible for the design, engineering procurement, construction, as well as the ongoing operations and maintenance at the Boikarabelo plant.

The 15 million tons per annum CHPP is located in the Waterberg Coal fields in the Limpopo Province, South Africa.

According to estimates, the Waterberg holds approximately 40% of South Africa’s known coal resources. It is considered to be the next future viable source of coal.

The Boikarabelo operation comprises an open-cut coal mine in the Waterberg coal fields. The coal mine has an expected annual production of six million tons.

The contract, including a further ancillary works contract, is expected to generate approximately $210m in revenue over 26 months for Sedgman.

CIMIC Group CEO Michael Wright said: “This contract is a valued addition to our mineral processing portfolio. It reflects Sedgman’s world-leading expertise in the coal sector and its established success in delivering projects in mining jurisdictions globally.”

Additionally, operations and maintenance contract is expected to generate $100m revenue to Sedgman over the four-year period post completion of the facility.

Sedgman managing director Grant Fraser said: “We are pleased to be able to deliver our whole-of-life approach to this important project – building the processing plant and providing ongoing operational involvement for Resource Generation, and its South African subsidiary Ledjadja Coal.

“Our technical expertise and ability to deliver all phases of the life cycle will enable us to achieve successful outcomes for our client, whilst continuing to differentiate Sedgman in the global mining market.”

Ledjadja Coal plans to commence work on the project upon finalization of the funding for the Boikarabelo operation.

South Africa is claimed to be one of the world’s largest coal producers after China, US, India, Australia, Indonesia and Russia.