The new water desalination plant, which is planned to be commissioned next year, will be 100% powered by renewable electricity 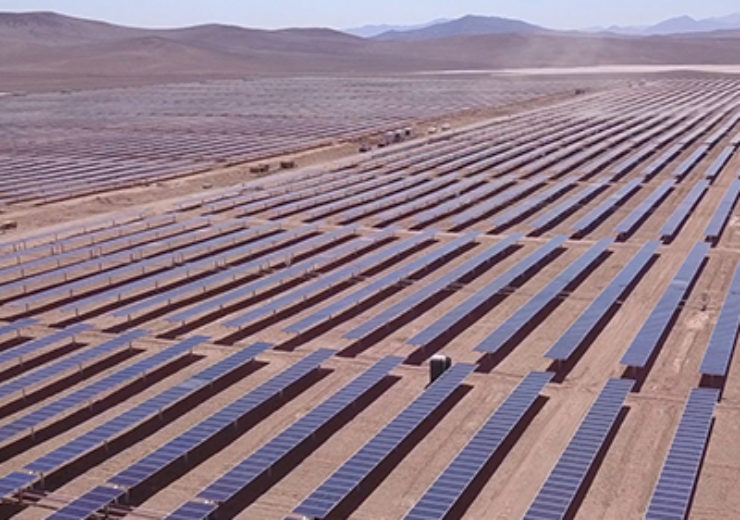 Image: The water desalination plant in Chile will be powered by clean electricity. Photo: courtesy of ACCIONA.

Located in the municipality of Caldera in the Atacama desert, the desalination plant is planned to be commissioned next year.

Under the terms of the Power Purchase Agreement (PPA), the state-owned water and wastewater treatment firm will receive renewable power from Acciona’s Chilean renewables projects.

Acciona South America Energy Division director-general José Ignacio Escobar said: “We are very pleased to work with ECONSSA to supply clean and renewable electricity to this desalination plant, such an important project for the Atacama region.

“Acciona’s extensive portfolio of wind and solar power projects means that we can provide our clients with CO2-free supplies that are steady, reliable and at a competitive price.”

The long-term PPA with ECONSSA is scheduled to commence in November 2019. The latest agreement represents Acciona’s sixth PPA for the supply of energy in the South American country.

ECONSSA will initially receive renewable electricity to conduct first technical tests on the desalination plant. The power supply is expected to be increased as required for the plant operations.

ECONSSA Chile general manager Patricio Herrera said: “The seawater desalination plant for the Atacama region is the only project of its kind being built at present. It will provide Chileans with the latest and most efficient technology.

“The contract we are signing with Acciona today means that our plant will operate with 100% wind and solar renewable energy, while reducing operating costs and making a contribution to caring for the environment.”

In June this year, Acciona has commenced the construction work on its 64MWp Usya photovoltaic plant in Chile.

Located in the municipality of Calama in the Antofagasta region, the Usya plant is estimated to have annual emission-free energy generation of 146GWh.

The energy generated from the Usya plant is expected to meet the electricity demand of approximately 70,000 Chilean households.

The new solar PV plant will be equipped with 187,200 modules mounted on fixed structures, installed on a surface area of 105 hectares, and will be commissioned in mid-2020.