West Natuna Exploration (WNEL), a joint venture between Conrad Petroleum and Empyrean Energy, has submitted its plan of development (POD) of the Mako gas field in Indonesia to the country’s oil and gas regulator SKKMigas. 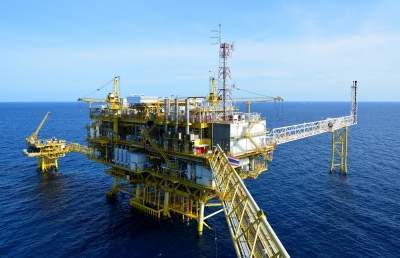 The Mako gas field is located in the Duyung block, offshore Natuna Basin. The Duyung production sharing contract (PSC) is held 100% by WNEL in which Empyrean Energy holds a stake of 10% while Conrad Petroleum owns the remaining 90%.

“So far, all objectives have been met and delivered ahead of time. This has been an extremely busy year and we are now well placed to achieve further progress towards development at Mako into 2019.”

SKKMigas will recommend the Mako gas field POD to the Indonesian Ministry of Energy and Mines, said Empyrean Energy. The Ministry is likely to approve the POD during the fourth quarter of this year.

Lemigas, an Indonesian government-owned and accredited consultant, was given a contract by WNEL to prepare and submit the POD and to help make sure that all the requirements of SKKMigas and Indonesian Ministry of Energy and Mines were met substantially.

Empyrean Energy CEO Tom Kelly said: “To reach submission of the POD to SKKMigas within 12 months of making a significant gas discovery is a credit to the Conrad team and Lemigas.

“Adding further excitement in the form of a high impact exploration target in Mako Deep on top of 373Bcf of 2C Contingent Resources, recoverable from the Mako Gas Field is really making the Duyung PSC an excellent asset for Empyrean and its co-shareholder in WNEL, Conrad.”

The Mako gas field was intersected by three separate wells – Cakalang-1, Tenggiri-1 and Mako-1 with petrophysical analysis confirming the presence of gas in all the wells.

A fourth well, the Mako South-1 well was drilled in last June to a planned total depth of 1,707ft and is the only well in the gas field to have a conventional core taken across the target zone for additional analysis and to be flow tested.