At SSEN, we’re playing our part in supporting the UK deliver its low-carbon ambitions to tackle climate change 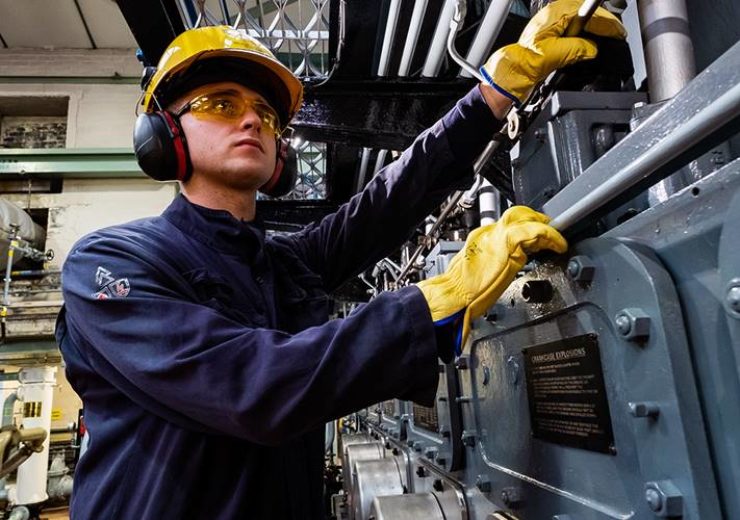 Continuing our series of stories looking at roles our critical workers are playing in keeping the power flowing to essential services across the country, we’re profiling Taylor Linich, a Mechanical Fitter at Loch Carnan Power Station on South Uist, off the west coast of Scotland.

If you live on the Scottish islands, you’ll know the power stations, belonging to our networks business SSEN, have been an essential part of our local communities for decades.

At SSEN, we’re playing our part in supporting the UK deliver its low-carbon ambitions to tackle climate change. While we are reducing our sole reliance on diesel generation to meet these ambitions, on the islands, power stations play a crucial role as what is often the last resort to keep power flowing to homes and businesses during planned maintenance or faults on the electricity network.

An example of this vital role came on the back of a fault on the submarine electricity cable connecting the Isle of Jura to the Scottish mainland in November. While our teams worked hard to plan a full cable replacement, which was completed late last month, poor weather conditions including Storms Brendan, Ciara and Dennis hampered efforts over the winter months.

Behind the scenes, Bowmore Power Station was quickly called into action, working alongside renewable generation to ensure customers on the islands continued to receive the power they needed. Additional teams of engineers were drafted in from various islands to keep Bowmore running.

Taylor is one of the critical workers on hand to keep power flowing during the coronavirus pandemic.

He said: “As the power stations are on standby, a normal day for me would be routine daily checks first thing to make sure our equipment in the station is ready to run in case of an emergency. This includes checking the tanks and making sure the standby generator has plenty of fuel and enough oil in case it’s required.

“My favourite thing about my job is getting to experience different power stations and places like Shetland, Stornoway, Barra, Tiree and Islay, although I’m based at Loch Carnan Power Station and I’m working here during the coronavirus pandemic.

“During the subsea cable fault before lockdown I went to Islay three times for a total of five weeks staying at Bowmore Hotel while I was there. They accommodated us amazingly every time we visited. I was on shift as a second man and mechanical cover to help run the station, providing vital electricity for our customers on Islay, Jura and Colonsay.

“We experienced terrible weather conditions on the west coast, particularly in February with a few storms, so we were called into action to restart the stations if there was ever a fault on the network.

“We all worked shifts, including the weekends, so there was always a team on hand to carry out the essential work required.”

While the country went into lockdown, SSEN’s teams continued their critical work to install the cable and reconnect the islands to the mainland network, while local hotels accommodated SSEN’s key workers so they had a place to stay until the new cable was energised.

Taylor said: “I left Islay just before the coronavirus pandemic occurred, so I’ve been back on home soil for the past few weeks.

“At SSEN, we know we’re playing a critical role to keep power flowing to our communities and that’s no different for us in the power stations on the islands. We’ve split our staff into two teams, so we’ve always got a team in reserve ready to go.

“We’re going into work one team at a time, each covering different days of the week to carry out the essential work required in the stations in case we’re ever called upon. We’re wiping everything down in the control room and disinfecting all surfaces as part of our daily checks to ensure a high standard of hygiene in the power station at all times.

“We’re also having our lunch and tea/coffee breaks in separate rooms which is a bit of a change, but we understand the need to look out for each other and protect ourselves as critical workers during the pandemic.

“We understand it’s a worrying time for everyone, but we know we have a vital role to play if the stations ever need to run. We’re all really proud to play our part by providing the electricity the country relies on.”