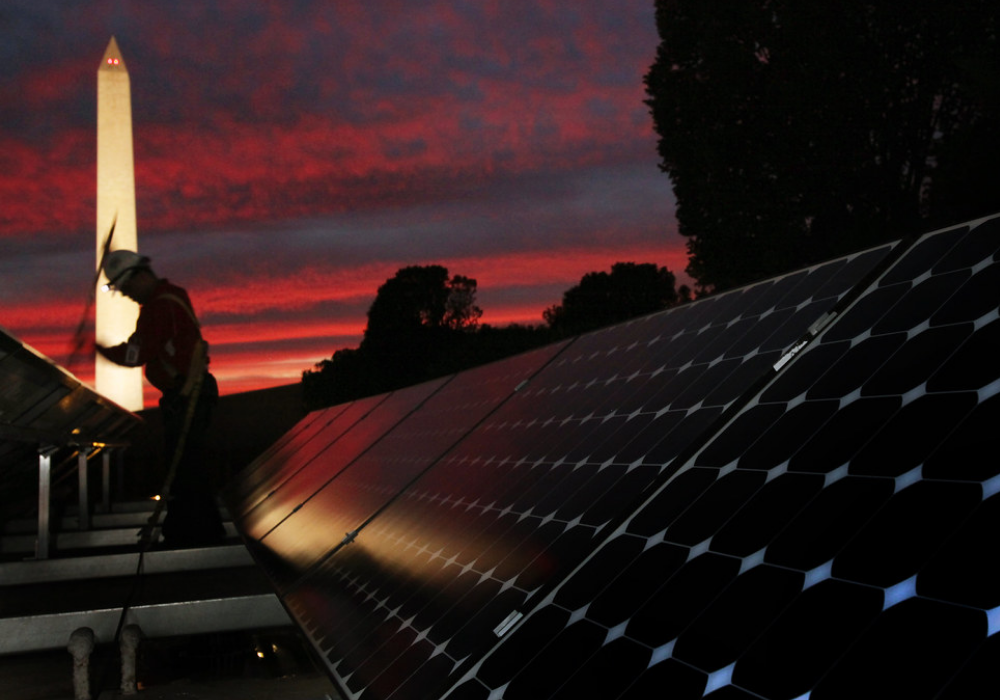 Lightsource BP has become the first UK company to provide an overnight reactive power exchange between a solar plant and the electricity grid.

The London-based firm, which develops solar photovoltaic (PV) technology, conducted a successful trial of the system at one of its plants in East Sussex earlier this month, in partnership with the UK National Grid.

Specially modified electrical inverters installed at the solar facility were able to transform power taken from grid overnight – while not in use for their usual purpose of generating power from sunlight – and then feeding back optimised voltage to the grid.

The success of the trial signals the potential for solar facilities to serve an additional function of grid balancing at night – a time when they have previously been unused.

She said: “With electricity demand increasing so rapidly we have to be in a constant state of evolution in order to solve the problems of the future.

“Right now, we have proven that solar plants can play a larger role across the electricity network – even at night.”

Lightsource BP conducted the trial as part of the ‘Power Potential’ project run by the Electricity System Operator (ESO) division of the UK National Grid and UK Power Networks – the distribution network operator for electricity in south-east England, the east of England and London.

As more renewable energy sources are used across the UK in order to meet government
targets for ‘net zero’ emissions by 2050, the need to find cost-effective ways to deliver grid services such as reactive power is expected to increase.

Lightsource BP claims the project has the potential to save UK energy customers more than £400m ($515m) by 2050, providing up to four gigawatts (GW) of additional power capacity in the south-eastern regions of the UK.

It said the necessary tweaks to solar equipment are inexpensive and require no new capital expenditure – although major firmware upgrades are required.

Power Potential project lead for National Grid ESO, Dr. Biljana Stojkovska, said: “As we move towards our 2025 ambition of being able to operate the Great Britain electricity system carbon-free, we are seeing more renewable generation come online – which in turn requires finding new ways of managing system characteristics like voltage.

“This innovative trial is an exciting first step and we look forward to seeing it progress over the coming months as we explore new reactive power markets for distributed energy resources, and their potential to cut costs for energy consumers.”

Lightsource BP will now launch longer-term trials of the system before the end of the year, with the aim of rolling out the technology across its solar sites in 2021.

It has raised more than $3.4bn in project financing and operates across more than 2GW of solar projects globally.

Last year, British multinational oil and gas company BP bought 43% of the shares in the firm.

The recent trial was the result of a call by UK energy markets regulator OFGEM in 2016 for the National Grid to explore distributed capability for reactive power at night.

The scheme aims to create a new reactive power market for distributed energy resources (DERs) across south-eastern regions of the UK.

The test was coordinated with UK Power Networks’ control engineers who monitored it to ensure network safety and reliability, avoiding the potential of an adverse customer impact.

Power Potential project lead for UK Power Networks, Dr. Rita Shaw, said: “We are delighted to have successfully supported Lightsource BP to facilitate the participation of its solar plant in our reactive power trials.

“It is one of many examples of innovative collaboration with our distribution connected generation customers, in building the foundations for our Distribution System Operator (DSO) transition.”