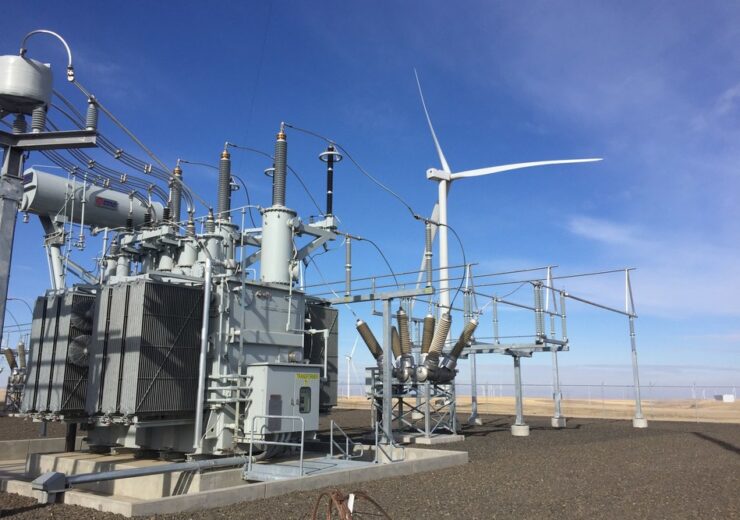 Wheatridge will be one of the first large-scale energy facilities in the US to combine wind, solar and battery storage resources at a single location. (Credit: Portland General Company.)

The project is expected to play an essential role in helping Portland General Electric achieve its goal of net zero greenhouse gas emissions by 2040.

PGE president and CEO Maria Pope said: “Customers want and expect cleaner, greener energy sources. This is an exciting step toward completion of this important resource and adds to our growing wind generation portfolio. We deeply appreciate the partnerships that make the Wheatridge project possible, with NextEra and with the transmission services teams at the Bonneville Power Administration and Umatilla Electric Cooperative.”

The project is one of the first in the US to combine wind, solar and battery storage resources at a single location.

With a capacity of 300MW, the wind farm is now complete and has begun providing power to PGE’s customers.

The 50MW solar and 30MW battery facilities will be completed by the end of next year.

Following the addition of Wheatridge, PGE’s wind generation portfolio has grown to more than 1GW of nameplate capacity.

Details of the project

The Wheatridge wind farm is located northeast of Lexington in Morrow County, Oregon, and features 120 wind turbines, which are manufactured by GE Renewable Energy.

Final selection of the particular equipment to be used at the associated solar farm and battery storage facility is still pending.

Up to 300 jobs were created during construction of the wind farm. Another up to 175 jobs will be created to construct the solar and storage sites.

Around 10 full-time jobs will be created to operate the combined facilities once all three  components are completely commissioned.

Early development work on the wind farm was carried out by Swaggart Wind Power, an affiliate of MAP Energy.

The development rights of the project were bought by NextEra Energy Resources, which along with PGE expanded the project’s scope to include solar generation and battery storage.

The power from the project will reach the customers of PGE in Portland and the north Willamette Valley through a new transmission line.

PGE owns 100MW of the wind project and NextEra Energy’s subsidiary owns the balance of the project and will sell its production to PGE under a 30-year PPA.

NextEra Energy’s subsidiary is constructing and will operate the combined facility.

PGE intends to invest around $155m for its portion of the project.