The £2.7m project will see the installation of a new super-efficient Combined Heat and Power (CHP) unit to replace the existing coal fired boiler plant and redundant CHP unit at Goole Hospita 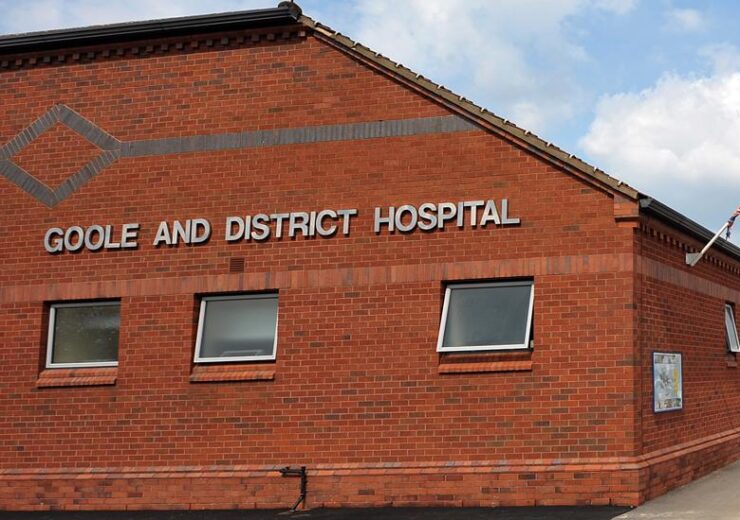 Centrica Business Solutions is set to deliver a programme of energy efficiency measures for Northern Lincolnshire and Goole NHS Foundation Trust which will see one of the two final coal boilers across the NHS estate decommissioned.

The £2.7m project will see the installation of a new super-efficient Combined Heat and Power (CHP) unit to replace the existing coal fired boiler plant and redundant CHP unit at Goole Hospital.

The new 150kWe CHP will provide the power needs for the hospital, while upgraded pumps, controls, LED lighting and improved insulation will see carbon emissions at the Trust reduced by around 1,700 tonnes a year.

The funding has been secured from the Public Sector Decarbonisation Scheme, a £1 billion government initiative supporting its commitment to bring all greenhouse gas emissions to net zero by 2050.

Climate change poses a major threat to our health as well as our planet. The environment is changing, that change is accelerating and this has direct and immediate consequences for patients, the public and the NHS as a whole.

Northern Lincolnshire and Goole NHS Foundation Trust Director of Estates and Facilities Jug Johal said: “As a Trust, we have made a commitment to increasing sustainability by making better use of our existing buildings and reducing our running costs, in line with the national Greener NHS strategy which is committed to taking the carbon footprint of the NHS to net zero by 2045.

Mr Johal added: “Securing this funding will allow us to invest in a more ecologically sound future for all our buildings across the Trust and improve the environment for both patients and our staff. This is something that’s really important to us and we have just finalised our own Green Plan for the Trust which sets out our commitment to a more sustainable future.

“This scheme is a big part of that commitment and we have worked with ETL – a private limited company, owned by and investing in the NHS – to put together our bid.

“Together we have submitted it to the department for Business, Energy and Industrial Strategy (BEIS) and Salix – a non-governmental organisation which works alongside BEIS, who have supported us through the process.

“Our first priority is to replace the coal fired boilers at Goole District Hospital with a low carbon gas CHP system. Goole is one of only two coal-fired boilers left in the country and, in carrying out this and our other planned energy saving works, will reduce this site’s carbon emissions by almost 60 per cent.

The announcement comes on the same day as BEIS launches a blueprint to create green jobs and slash emissions from industry, schools and hospitals.

“While reaching our climate targets will require extensive change across our economy, we must do so in a way that protects jobs, creates new industries and attracts inward investment – without pushing emissions and business abroad.

“Ahead of COP26, the UK is showing the world how we can cut emissions, create jobs and unleash private investment and economic growth. Today’s strategy builds on this winning formula as we transition to low carbon and renewable energy sources, while supporting the competitiveness of Britain’s industrial base.

“Backed by more than £1 billion investment, today’s plans will make a considerable dent in the amount of carbon emissions emitting from our economy and put us on the path to eliminate our contribution to climate change by 2050.”

Alan Barlow, UK&I Director at Centrica Business Solutions, who will carry out the improvement works at Goole said: “Like the rest of the NHS, energy costs are a significant outlay for Northern Lincolnshire and Goole NHS Foundation Trust. Modern energy technology offers a method of unlocking savings that can support front line services. The energy project at Goole will not only deliver savings of over £250,000 a year but will also create a more efficient, warmer environment for patients and staff as well as cleaner air for local residents.”