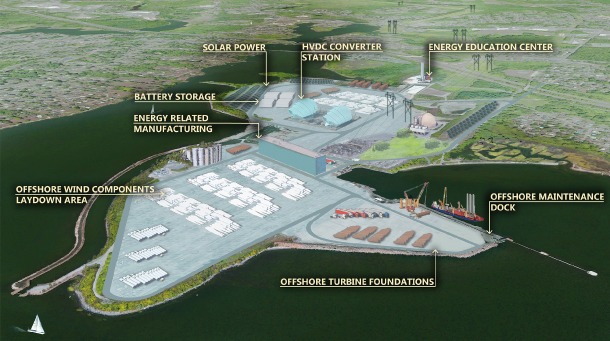 CDC said that the agreement is in line with its vision to transform the retired coal-fired power plant site into a world-class logistics port, manufacturing hub and support center for the offshore wind energy sector.

In 2018, CDC has purchased the retired Brayton Point power station, and has been making repositioning plan to bring the shuttered power plant out of blight and back to productive reuse.

“As Massachusetts considers harnessing more offshore wind, the right infrastructure needs to be envisioned and set in motion. An HVDC substation is an important piece not only for Brayton Point Commerce Center, but also Massachusetts’ status as a leader in offshore wind.”

With the new agreement with Anbaric, the Renewable Energy Center is planned to have a 1200MW high-voltage direct current (HVDC) converter as the central element, with an investment estimated at $250m, to serve the emerging offshore wind industry.

Anbaric is expected to start the development of 400MW battery storage on site, which would bring an additional $400m in investment.

To set the stage for a new era of renewable energy development on the South Coast, CDC imploded two massive cooling towers at Brayton Point, which was home to a 1600MW coal-fired power plant, last month.

Krapels added: “Developing a landing point for 1200 MW of offshore wind at the site of a former coal plant physically and symbolically represents the transformation from fossil fuels to wind.  While the South Coast has lost a coal plant, it’s quickly becoming the nexus of a new clean energy economy and emerging as one of the great energy stories in the world.

“This agreement is a symbol of the change that’s coming – and it promises to be a very powerful economic driver in the region.”