A catch CO2 situation: CCS and the oil and gas industry

Carbon capture and storage is an essential part of the fight against climate change, but the associated technology is expensive and is yet to be deployed at the necessary scale. Luke Warren from the Carbon Capture and Storage Association explains why this technology is so important. 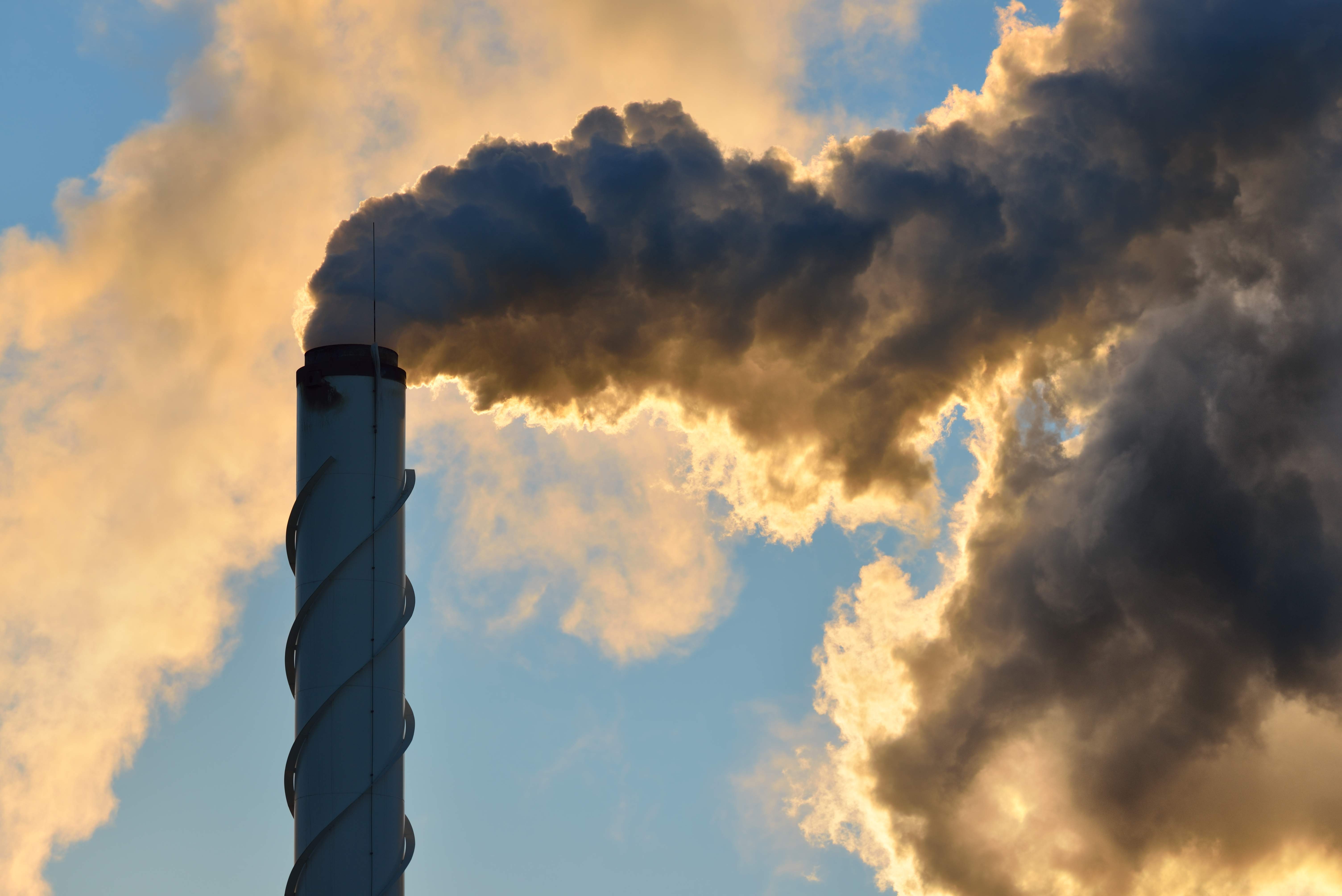 Carbon capture and storage (CCS) has long been a buzz-phrase in the energy sector. Its promise, in a nutshell, is that if the release of carbon dioxide (CO2) can be prevented, fossil fuels can be burned without any foot-print. Through capturing the gas, transporting it to a suitable site and then storing it underground, CCS projects could enable industry to mitigate the environmental damages

As a result, CCS technology is expected to play an important role in the global climate change response. According to a 2010 report by the International Energy Agency (IEA), CCS could contribute to a 19% reduction in global CO2 emissions, while significantly reducing the cost of fighting climate change.

That estimate – though striking – is not the final word on the matter, and more recent projections make the case on even stronger terms.

Under the Paris Agreement, nations must strive to limit the global average temperature increase, keeping it ‘well below 2°C above pre-industrial levels’. While renewables, nuclear and energy efficiency will all be critical tools in the armoury, the likelihood is that fossil fuels are not going anywhere soon. This will mean finding effective new ways to manage emissions.

“IEA recently concluded that, to meet the goals of the Paris Agreement, CCS will need to contribute 32% of the extra effort to move from a 2°C scenario to well below 2°C,” says Luke Warren, spokesperson for the UK’s Carbon Capture and Storage Association (CCSA).

“The Intergovernmental Panel on Climate Change (IPCC) has estimated that without CCS, the cost of trying to meet global climate change goals will increase by almost 140%. We haven’t got a choice, CCS must be deployed.”

According to IEA, we are likely to need 3,400 CCS plants globally by 2050 – a huge step up from the 21 large-scale plants that are in operation or under construction today.

That said, few are being developed and the rate of progress remains slow. Take the case of the UK’s cancelled tenders. In 2011, the then secretary of state for energy and climate change, Chris Huhne, announced the UK’s commitment “to investing up to £ billion in CCS”.

This investment was cancelled four years later, breaking a pledge in the Conservative Party’s election manifesto. To date, the UK has yet to see a large CCS project through to completion.

The government’s decision was widely panned for its short-termism. Claire Jakobsson, of the manufacturers’ organisation EEF, told the Guardian that CCS could save the UK £32 billion a year by 2050.

“In choosing to save a relatively small sum of taxpayer money in 2015, the government is unnecessarily committing vast amounts of future energy consumers’ money,” she said.

In many cases, however, capital costs are an obstacle to getting projects off the ground. One recent article in Energy Post made the bold claim that CCS is “too expensive for reducing power sector emissions”. The authors, from a San Francisco-based thinktank, added that “the potential for cost improvement is limited” and that the hopes invested in the technology were “misplaced”.

So what is the current state of play for carbon capture and storage? Is it truly economically feasible, and what should the oil and gas industry be doing to help the technology realise its potential?

Warren, like many others advocating for CCS, feels this is a matter of some urgency. “We need to step up the pace, particularly in the UK, if CCS is to fulfil its role in cost-effectively reducing emissions and enabling a long-term sustainable future for industries such as steel, cement and oil refining,” he argues. “CCS is a vital means of decarbonising energy-intensive industries, heating, power and even transport.”

To understand the issues concerned, it may help to go back to basics, asking what CCS involves in practice. Even though the concept is straightforward, the actual process is highly technical. The first step, which is capture, typically occurs at large fossil-fuel power plants or within industries that produce a lot of CO2 (fertiliser factories or steel plants, for example). Here, capture technology is used to separate CO2 from other gases.

After the gas is captured, it must be transported by pipeline or ship to its final storage site. It is then stored in porous geological formations, hundreds or thousands of metres beneath the surface of the Earth.

Often, these storage sites are former oil and gas fields (onshore and offshore) meaning the industry’s input is essential.

“This industry has the ideal skill set for CCS thereby retaining an important work force,” says Warren. “Oil and gas producers also hold extensive knowledge of the subsurface, and they therefore have a role to play in sharing this knowledge with potential CCS project developers – ensuring that the best possible storage sites are chosen for CCS.”

Sometimes, the gas is injected into a declining oil reservoir, with a view to enhancing oil recovery. This first took place in Texas in the 1970s, and has been ongoing in many locations ever since.

However, true carbon storage, in which the gas is sequestered underground with a view to reducing emissions, did not get under way until the 1990s. The world’s first large-scale storage project, by Statoil and its partners, was initiated at the Sleipner Gas Field in the North Sea in 1996.

It was followed by projects such as BP’s In Salah project in Algeria and Weyburn-Midale in Canada.

First, the gas is compressed into a dense, ‘supercritical’ fluid state. It is then injected under pressure into the sedimentary formation, where it gets trapped under an impermeable layer of cap rock (structural storage) and lingers in the rock’s pores (residual storage). Over time, the gas will undergo new chemical reactions: dissolving into the surrounding salty water and sinking to the bottom of the site (‘dissolution storage’), before binding to the surrounding rock (‘mineral storage’).

As is the case with any new technology, CCS has given rise to safety concerns. Might the CO2 deposits leak, posing a health risk to humans?

This worry is not entirely unsubstantiated, given that there have been several incidents over the years. BP’s Salah project was shut down indefinitely in 2011 after the pressurised gas created new fractures in the cap rock. The Sleipner project returned dispiriting data in 2013 – the seabed was more scarred than anticipated, meaning a future leakage was ‘very likely’ (in this instance, the researchers added: “We are very confident that if it were to occur, the rates would be low and the impact would be minimal.”).

While certain lobbyists, such as Greenpeace, do continue to trumpet the dangers, the likelihood of a major hazard incident is expected to be very low. One 2011 study tallied the number of human deaths in sites where CO2 naturally seeped from the ground. It found that the risk of death from CO2 leakage was just one in 100 million. The IPCC, meanwhile, has concluded that, in storage sites that have been carefully selected and managed, the fraction of CO2 retained is likely to exceed 99% over 1,000 years. 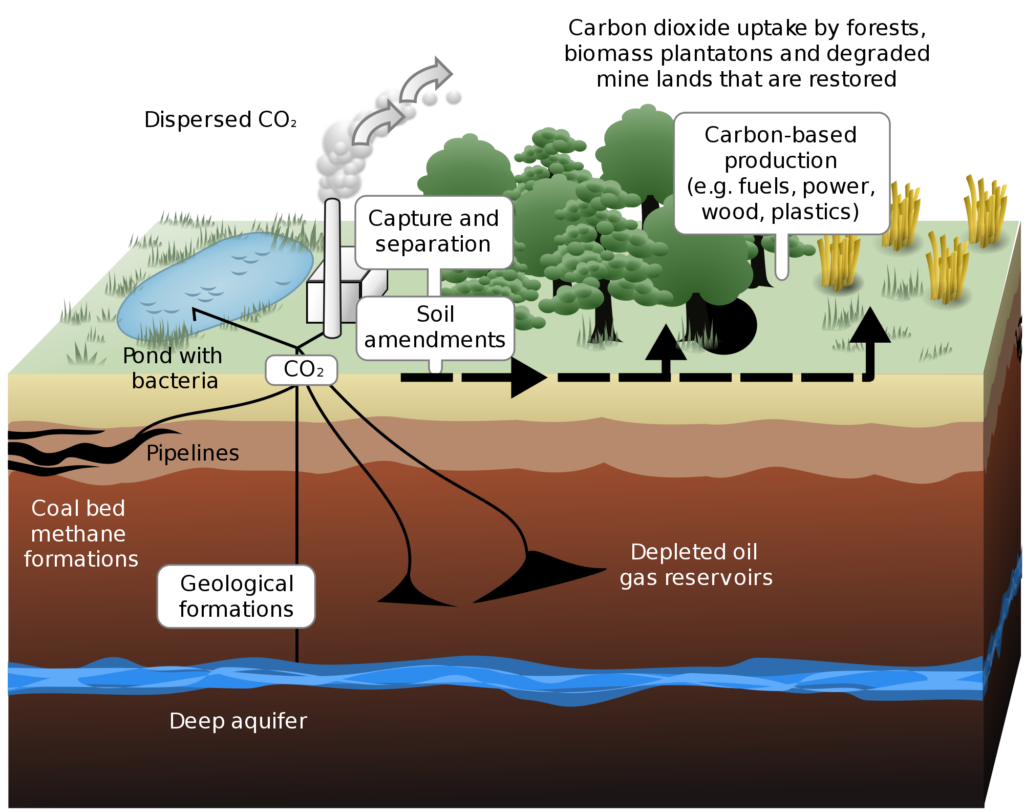 “All geological formations will have to be licensed before they can be used as a CO2 store,” says Warren. “This process ensures that the selected site will permanently store the CO2. For depleted oil and gas fields, there is excellent data on the characteristics of the site from the production history, and the fact that they have held oil and gas for millions of years demonstrates that they have excellent trapping capabilities for the CO2. This all helps with the licensing process. The licensing process will also require an assessment of old wells that have been drilled into the site to demonstrate that they have been adequately sealed.”

The main roadblocks to widespread CCS deployment are really less concerned with safety, and more about economics. The technology is undeniably pricey, costing far more than renewables, and optimism has dipped since the 2008 financial crisis. Detractors suggest that governments should funnel the resources into clean energy sources instead.

That said, given the potential for cost savings in the long-term, CCS projects are likely to reap rewards if they receive the appropriate support structure.

“The main barriers to CCS are commercial. That is to say, a stable and long-term policy with appropriate support mechanisms that encourages companies to invest in projects,” says Warren. “Governments and industry need to work together to find creative ways of bringing forward projects – perhaps focusing on regions and cross-border collaboration instead of individual projects.”

The CCSA believes that the cost of capturing the gas – typically the most expensive part of a project – is likely to drop from €60–90 per ton of CO2 abated to €35–50 by the early 2020s. On top of that, there may be savvy ways of pooling the costs of storage.

“The development of shared transport and storage infrastructure will be instrumental in unlocking the benefits of CCS for energy intensive industries, power, heating and transport,” continues Warren.

He feels that research and development will be central to the technology’s success.

“In the UK for example, the UK CCS Research Centre was created to lead and coordinate a programme of underpinning research on all aspects of CCS, bringing together over 200 of the UK’s world-class CCS academics to provide a national focal point for CCS research and development,” he says.

Here, the UK might look to Norway for inspiration. Long a leader in the field, the Scandinavian nation is now pushing ahead with a broad CCS portfolio that spans a variety of sectors.

On top of the Sleipner and Snohvit storage projects, it is home to the Technology Centre Mongstad, a government-backed industrial site in Bergen that provides an arena for testing CCS technologies. This facility aims to dramatically drive down the costs of CCS, paving the way for wider implementation.

Despite the difficulties faced so far, CCS continues to hold all the promise it ever did. If the world continues to ramp up fossil fuel emissions at its current rate, then climate change targets will not be met. Capturing and storing the CO2 – and doing so on a meaningful scale – could well be the only solution.

This article first appeared in Issue 1 2018 of World Expro magazine.