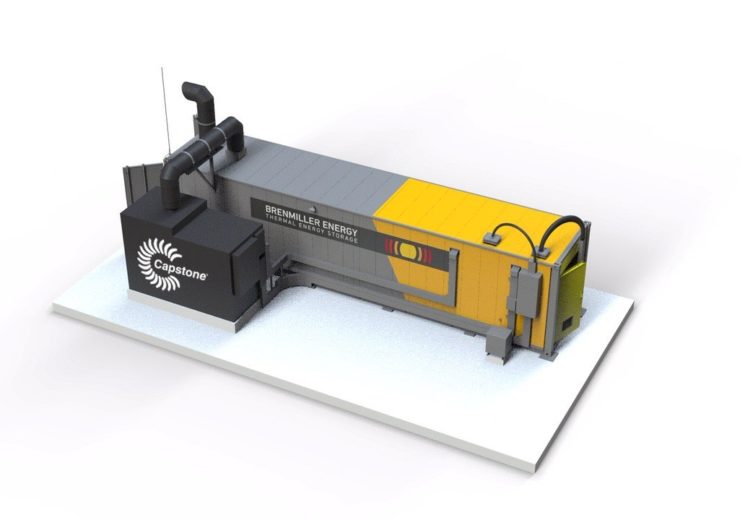 Capstone Turbine president and chief executive officer Darren Jamison said: “Our microturbine will directly pipe low emission exhaust gas into a Brenmiller bGen zero carbon thermal storage unit so that it can extract and store the heat until it is needed.

“The system represents an alternative to battery storage with potentially greater discharge durations. This new groundbreaking thermal energy storage unit is designed to shift large amounts of energy over long periods of time, thereby providing an effective solution over other technologies when grid-scale energy storage of long duration is required.”

The installation is expected to serve as a demonstration project for the advanced thermal energy storage technology in New York, said the company.

In addition, the collaboration is part of the projects deployed under New York State’s Energy Storage Roadmap that includes energy storage targets of 1,500MW by 2025.

RSP Systems, the exclusive distributor of Capstone in New York and Connecticut, has secured the order for the C200R microturbine, intended to be used in a CHP application.

The advanced cogeneration system is planned to be installed to support the physical education building at the College, displacing the old district heating loop in the central heating plant.

The installation would provide base load electricity to save approximately $100,000 per annum State for University of New York, while reducing the facility’s carbon footprint.

RSP Systems president Cory Glick said: “RSP Systems is proud to have been selected as the prime mover for the cogeneration and thermal storage project at SUNY Purchase. Thermal storage improves a CHP system’s efficiency and effectiveness while enhancing its sustainable performance and hardens a facility.

“In addition, this project is an example of our shift to provide CHP-based hybrid solutions for our clients that can also benefit from adding battery storage, solar energy, and new technologies into their green energy and back-up power solution toolbox.”