The portfolio includes five solar plants, located in Sicily and the power generated from the portfolio can be supplied to 12,000 Italian households 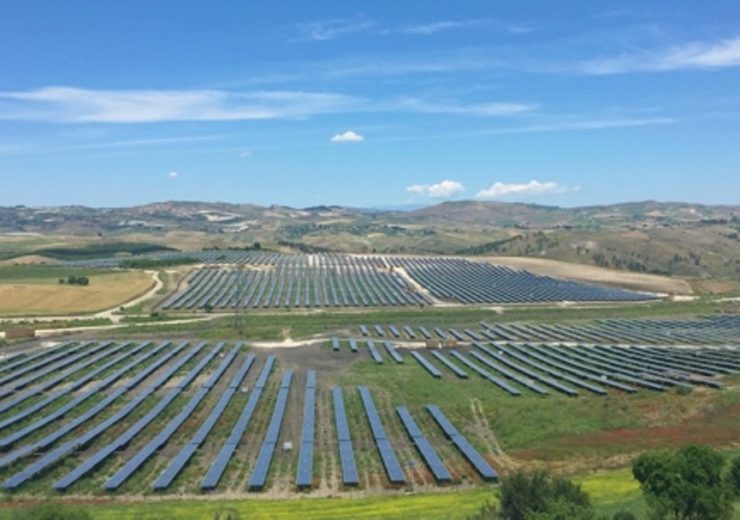 Canadian Solar announced that it has completed the sale of a 17.7MW portfolio of solar plants in Italy to Sonnedix.

The portfolio, which includes five solar plants in Sicily, was jointly developed by Canadian Solar and Manni Energy. The solar plants have been operational since last month.

The portfolio is expected to generate nearly 34GWh of energy annually, which is equivalent to power 12,000 Italian households with clean energy.

The power generated from the solar portfolio is sold to TrailStone Renewables under a 10-year power purchase agreement (PPA). The PPA is considered to be one of the longest PPAs for a subsidy-free solar portfolio in the country till date.

Canadian Solar chairman and CEO Shawn Qu said: “We are pleased to partner with Sonnedix and Manni Energy on the sale of our landmark subsidy-free portfolio in Italy, the first-of-its-kind in the local market.

“Italy is one of Canadian Solar’s core markets in the EMEA region and we are committed to investing and growing it even during difficult times. Just a few days ago, we secured EUR 55 million in project financing to fund the construction of 151 MWp of solar power plants in Sicily, Apulia and Lazio, which are expected to break ground in Q3 this year.

“We have been active in the Italian subsidy-free market since 2018, and now have over 900 MWp of project pipeline under permitting, solidifying our position as one of leading players in the country.”

With the acquisition, Sonnedix’s operating capacity in Italy has now reached 234MW. The company stated that the solar portfolio has a strong geographical synergy with its existing Italian footprint.

The solar plants will be integrated into the company’s portfolio in-line with its long-term, operational commitment.

Sonnedix CEO Axel Thiemann said: “This is an important milestone for Sonnedix, as we continue to position ourselves as a long-term solar company and social citizen, in line with our growth strategy in Italy, and in OECD markets around the world.”