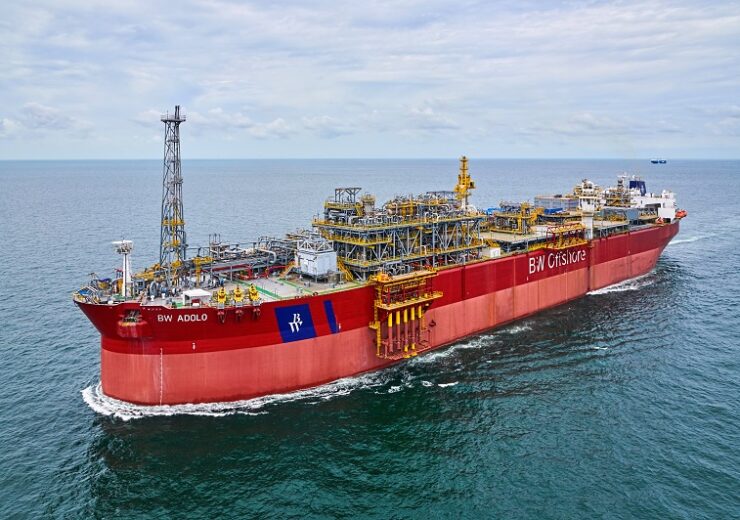 BW Energy has announced the completion of the Tortue phase 2 field development, offshore Gabon, with the handover of the final two production wells to production operations.

The two wells include DTM-6H and DTM-7H, which were tied back to the BW Adolo floating production storage and offloading (FPSO) vessel.

Earlier this week, the company had brought the Gamba well DTM-7H online. The second well DTM-6H in the Dentale formation is slated to begin production in the coming days, said BW Energy.

Before completion of the two new production wells, the production from the Tortue field was nearly 11,500 barrels of oil per day.

The Tortue development comprises six production wells. Contained in the Dussafu Marin Permit, the offshore field has been producing since late 2018 through the BW Adolo FPSO.

The completion of the DTM-6H and DTM-7H wells was put on hold in 2020 because of the Covid-19 pandemic.

BW Energy CEO Carl Arnet said: “The Tortue Phase 2 development was completed below budget and within the revised timeframe. We look forward to the production growth following first oil from the two wells.

“Operationally we will now focus on stabilisation of the production and wrapping up the project activities.”

According to the company, the Tortue field’s gross production averaged nearly 9,000 barrels of oil per day in Q3 2021, which was lesser than the volumes achieved during Q2 2021.

The decrease was largely driven by plant shutdowns and temporary operational problems, said the company.

BW Energy also attributed the lesser production to the shortage of gas lifting capacity. By installing a nitrogen generation unit on BW Adolo, the company is said to have considerably boosted production efficiency.