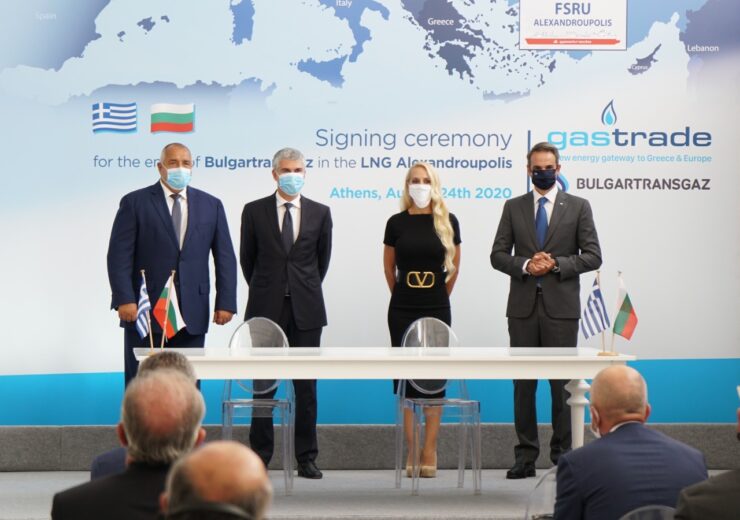 Bulgartransgaz EAD, a natural gas transmission and storage system operator, has signed an agreement with Greek company Gastrade for participation in the liquefied natural gas (LNG) terminal near Alexandroupolis.

Under a shares purchase and sale agreement, Bulgartransgaz will acquire 20% of the share capital of Gastrade.

The agreement is subject to the approval of the competent authorities.

The move follows the Council of Ministers of the Bulgarian Government approval to Bulgartransgaz for its participation in the project.

The deal allows Bulgartransgaz to participate in LNG floating storage and regasification unit (FSRU), which will be a new, independent energy gateway for the markets of Southeastern and Central Europe.

To be located 17.6km southwest of the port of Alexandroupolis, the facility will be capable of storing 170,000 cubic meters of LNG and more than 5.5 billion cubic meters per year of natural gas supply capacity.

The Alexandroupolis LNG terminal to begin operations in 2023

Gastrade said that the floating unit will be connected to the National Natural Gas System of Greece through a 28km long pipeline.

The regasified LNG will be transferred through the pipeline to the markets of Greece, Bulgaria and the wider region, from Romania, Serbia and North Macedonia to Hungary, Moldova and Ukraine.

This project is said to strengthen the security of supply, improve competition and also supports the establishment of a Natural Gas trading hub in Southeastern Europe.

Gastrade CEO Konstantinos Spyropoulos said: The participation of Bulgartransgaz in the project is of particular importance as it demonstrates the regional profile of the project and its importance for the markets of Southeast Europe.

“It is also a significant international investment in our country and we are proud to be part to it. We are well acquainted with our new partners and we are confident that we will enjoy an excellent cooperation in promoting energy development in our region.”

Companies from the US, Qatar, and other countries are expected to be the main LNG suppliers to the Alexandroupolis terminal.

The Alexandroupolis LNG terminal is expected to become operational in early 2023.