When fully completed in October, the Borssele 3 and 4 wind farm will generate enough clean energy to power 825,000 Dutch households 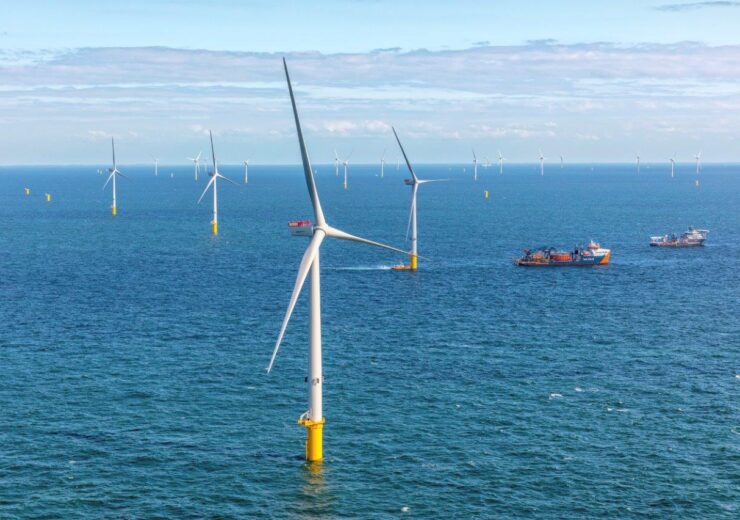 Blauwwind, the consortium building the 731.5MW Borssele 3 and 4 wind farm, announced that the offshore wind project has achieved first power.

The first turbine at the project has started generating power and delivering renewable electricity into the Dutch grid.

An additional turbine is expected to become operational after undergoing further initial tests in the coming weeks. A total of 36 out the 77 turbines are now installed at the offshore wind farm.

Located at 22km off the coast of Zealand province in the Dutch waters of the North Sea, the project sits on 146km² of area in the Borssele wind farm zone (BWFZ).

The turbines are being installed on monopoles at water depths between 16m and 38m. Each monopole is 85m long and weighs about 1,280t.

Borssele 3 and 4 wind farm will be powered by MHI Vestas 9.5MW turbines

Powered by MHI Vestas V164-9.5 MW, the Borssele 3 and 4 wind farm could be completed by this October, generating enough clean energy to power 825,000 Dutch households, which is 2.3% of the country’s total electricity demand.

Blauwwind project director and CEO Roeland Borsboom said: “I am proud of the team that has managed the safe execution and the commissioning phase, achieving first power on time. Keeping a project of this scale and complexity on track in these challenging times can only be managed through good collaboration and flexibility.

“The delivery of first power has been achieved in close collaboration with partners Van Oord, MHI Vestas and TenneT, who has provided grid readiness one month ahead of time.”

After the installation and full commissioning of the Borssele 3 and 4 wind farm, MHI Vestas will continue to operate and maintain the project under a 15-year service agreement.

MHI Vestas project director Laurens van Pijkeren said: “With the Borssele III/IV offshore wind project now online and delivering electricity to the grid, Dutch consumers can be certain they are moving towards a clean energy future.

“The collaborative efforts of all project partners has enabled MHI Vestas to install 36 of the largest turbines in the world on schedule, despite a myriad of challenges arising from Covid-19. We look forward to continuing our collaboration with the Blauwwind project partners as we move towards completion of the project later in 2020.”