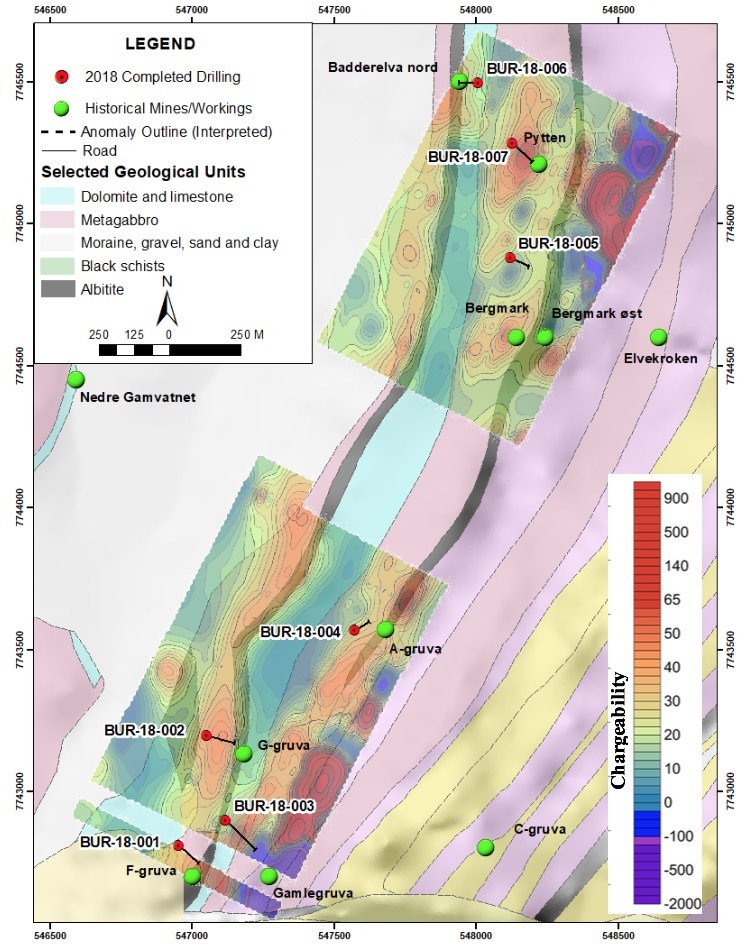 Drilling at Burfjord was completed on time and under budget. Burfjord is host to numerous high-grade veins with associated copper-rich envelopes developed across a large area (~ 6 by 4 kilometres). The large associated alteration system and widespread copper mineralization support the project’s potential to host a large copper deposit.

“The results from this widely spaced reconnaissance drill program confirm the presence of broad zones of copper mineralization enveloping high-grade copper veins at Burfjord,” stated Patricio Varas, Executive Chairman.  “The 32 metre mineralized zone in BUR-18-003 hole, at the Gamlegruve workings area, has added to the prospectivity of the property in conjunction with historical drilling at Cedarsgruve, where high copper grades had historically been drilled tested.”

Only limited exploration has taken place at Burfjord in the modern era and before Boreal’s recent reconnaissance drill program only one prospect area had been drill tested.  The best historical drill intercept consists of seven metres @ 3.6% copper, and was obtained from the Cedarsgruve (mine) area in the northern portion of the claim block.  The discovery of the 32 metre wide zone with grades of 0.56% copper and 0.26 g/t gold at the Gamlegruve workings in the southern part of the property confirm the broad style of mineralization observed in the widespread artisanal workings throughout the Project.