Blockchain in mining: improving transparency in the supply chain

Blockchain is being trialled by mining companies to track and trace key commodities, including conflict minerals and diamonds, as they move from the mine site through the supply chain. GlobalData assesses how it will work in practice. 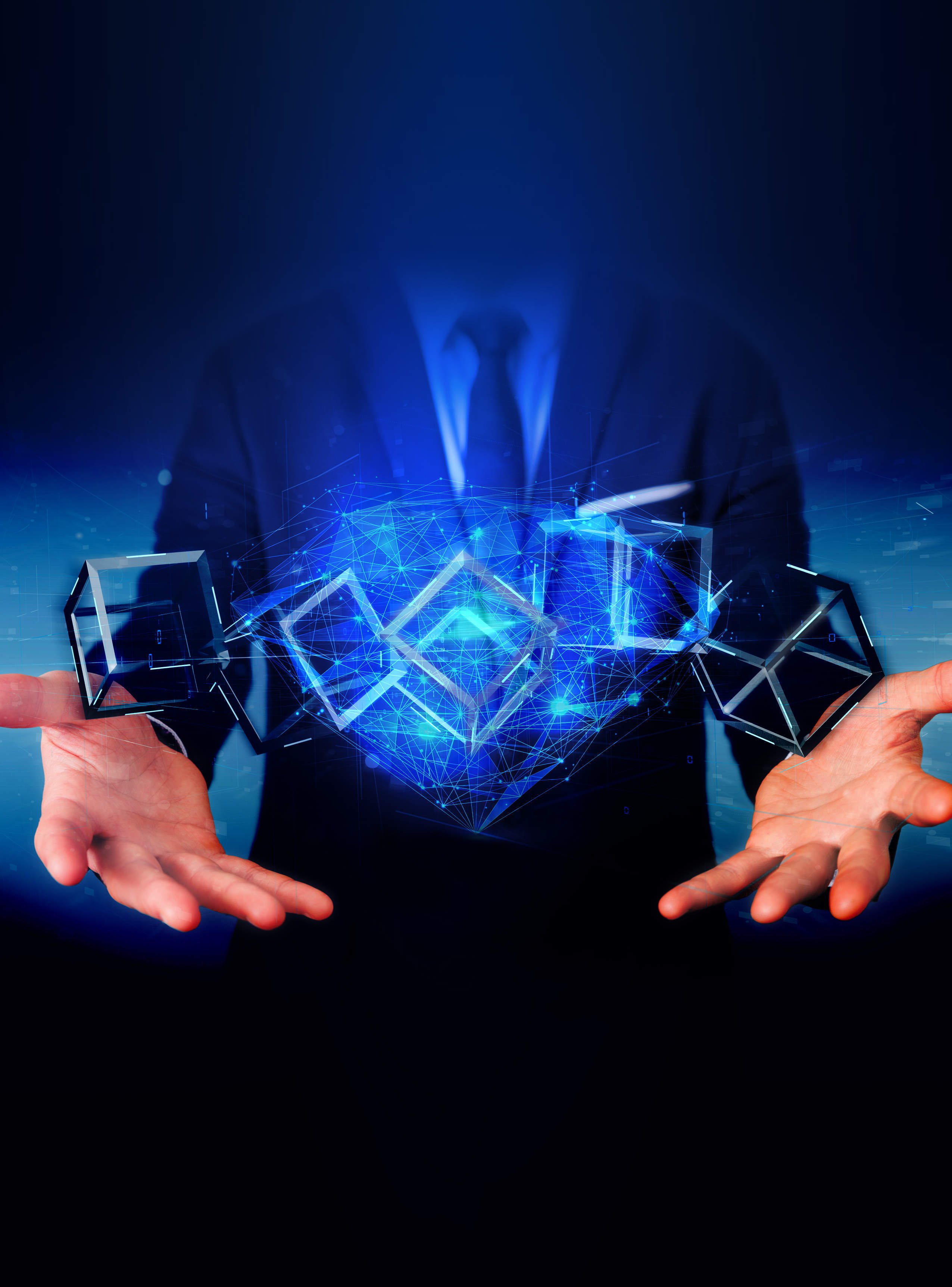 Blockchain is a continuously growing list of records logged in a decentralised, immutable, cryptographically secured online ledger. All information recorded on the platform is peer-to-peer validated and therefore can’t be corrupted without others quickly becoming aware.

One of the main benefits of blockchain – a process developed more than a decade ago as a public transaction ledger for bitcoin – is that it creates a secure audit trail that builds inherent trust into processes or transactions.

In the mining context, the technology could be used to record many different things, including personnel entering and exiting a mine site, the movement of commodities, financial transactions and even creating smart contracts between two entities.

However, so far, the biggest game-changer blockchain promises the sector is improving transparency in the supply chain; namely, tracking and tracing precious gems and important minerals, such as diamonds, tin, tungsten and cobalt.

Building trust along the chain

“What is being proposed in the mining sector is an industry-specific blockchain to prove provenance,” said Lara Smith, founder and managing director of international mining and metals consultancy Core Consultants.

“Every action taken by an industry participant can be seen by every other player in that system; this could address transparency in the supply chain, and because every transaction has an associated digital fingerprint that uniquely identifies its owner it also creates auditability,” she added.

Companies are hoping to exploit the track-and-trace abilities of blockchain to not only record the lifespan of a commodity, but also to prove its origin and provide assurances it was sustainably and responsibly sourced.

In January, diamond giant DeBeers announced Tracr, an initiative it hopes will promote confidence in diamonds and the industry at large by guaranteeing that all registered gems are conflict-free and natural, while boosting efficiency across the entire sector.

According to a company spokesperson, the diamond blockchain project will “create a highly secure, decentralised, tamper-proof and permanent digital record for every diamond registered on the platform, as an added layer of assurance not been previously possible”.

Furthermore, in February, Reuters reported on an unnamed blockchain pilot project that will be used to track cobalt from artisanal mines in the Democratic Republic of Congo through to products used in smartphones and electric cars.

These initiatives follow in the footsteps of Everledger, a blockchain-based platform developed a few years ago to track diamonds. In February, it announced Diamond Time-Lapse Protocol, a traceability initiative that aims to engage everyone along the diamond supply chain – including miners, dealers, manufacturers, retailers and consumers – prompting them to create and track the entire lifetime journey of a gem, in order to make the information accessible to all.

The company has logged more than one million diamonds so far, and is expanding to cover precious metals, alloys and conflict minerals for the electronics industry.

From the physical to the digital

For blockchain to be valuable in any supply chain it must truly reflect what is happening in the real world. This is challenging when tracking physical goods because it requires the inputted information to be a true reflection of events. But how can organisations ensure this?

DeBeers stated it is still determining what information can be viably collected from producers and shown on the chain, but it will use a two-staged approach to validate that the diamond a user receives is the same one that was registered on the technology.

The first step is to assign every diamond a unique ID in the form of a barcode corresponding with its digital certificate on the blockchain.

The second is a reconciliation of primary information (stone characteristics) and secondary data (transaction history) to make sure the physical diamond matches data registered on the blockchain. There could be 180 individual data points.

“Every diamond is unique in terms of its physical make-up, as is the journey it makes through the value chain, so blockchain can support the detection of any substituted diamonds or falsified data uploads,” said a DeBeers spokesperson.

The company believes the technology can also streamline efficiencies, ultimately reducingthe time and cost of undertaking business for many users.

Everledger confirmed it validates information by conducting on-site inspection and auditing, as well as using artificial intelligence, the internet of things and radio frequency identification (RFID) tracking to obtain the most accurate of data possible for system entry.

“Boots on the ground are a big part of what we do and how we can capture so much,” said Edward Mendelson, Everledger’s project lead for sustainable supply chains.

He continued, “We do this in a way that ensures data privacy, as in some parts of the process, it is not appropriate to be sharing supply chain information further downstream, but it’s necessary to demonstrate the process has been completed, so that it meets all requirements and is regulated by a third-party body.”

Furthermore, individuals have to pass a threshold to enter the ledger, including counterparty and anti-money laundering checks.

However, tracking ores like cobalt is much more complicated. As reported by Reuters, a Congo-based blockchain pilot project will work in a process whereby each sealed bag of cobalt produced by a vetted artisanal miner is given a digital tag, which is then entered onto a blockchain system using a mobile phone. The log will include details of the weight, date, time and possibly a photo of the ore.

The trader that buys the bag will record the details on the system, in a process that’s repeated until the ore arrives at the smelter, so an immutable record of the cobalt’s journey for downstream buyers or third parties has been logged and can be viewed.

According to the report, the mining industry is experimenting with technology, including indelible marks that survive the refining process, which is similar to what is currently being used for Fairtrade certification of bulk products, such as cocoa. Another option is to add blockchain to software-based technologies that are used by refiners to monitor material as it moves through their plants.

However, there is still the risk that cobalt mined by children could get mixed up with ‘clean’ cobalt before being bagged, tagged and sent for processing.

“It’s always tricky when using technology to solve a problem that is deeply political and economic,” said Smith. “We are talking about applying a technological solution to a physical, manual problem that frequently involves governments and human frailty, and so it remains an imperfect solution, although it can assist in alleviating some of the known issues and improving trust.”

Juliane Kippenberg, associate director of the Children’s Rights Division at Human Rights Watch, expressed that she believes blockchain could provide better traceability and greater transparency if the information on the supply chain is made public.

“However, it cannot be a tool for human rights assessments and mitigation, as required by the OECD [Organisation for Economic Co-operation and Development] Due Diligence Guidance. Jewellers and other companies in the diamond supply chain still need to conduct detailed assessments of human rights conditions in the mines and countries of origin by qualified experts and along the supply chain – something they don’t always do now.”

Miners are also exploring other use cases for blockchain; for example, a partnership has been made between Citibank, Scotiabank and Societe Generale with Barrick Gold Corporation and INTL FCStone to use the technology for a pilot study to reduce the transaction costs of gold.

The project has seen more than 100,000 gold transactions cleared by Euroclear using the blockchain platform, and has reduced transaction costs and improved the handling of accounts and trade settlements.

Furthermore, returning to the supply chain use case, BHP Billiton has started using blockchain to share information between vendors, contractors, geologists and shipping companies to track and monitor movements of wellbore rock and fluid samples to secure real-time data and increase efficiency, as well as providing proof of provenance.

As is evident, blockchain has a range of benefits for use in the mining sector, in addition to financial transactions and other online record keeping.

However, how well the technology works to provide real-world solutions to complex issues, such as identifying conflict minerals and ‘blood diamonds’ in a supply chain, is yet to be fully determined. And, if successful, it will require sector-wide uptake of the technology for maximum benefit.

Nevertheless, the new focus and drive for transparency and openness that this technology has enabled is a positive step forward for an industry not known for its transparency.

For a copy of the full report, visit: energy.globaldata.com.

This article originally appeared in the latest edition of World Mining Frontiers magazine.