In February, Bilfinger secured the balance of plant contract worth €68m for the nuclear power plant 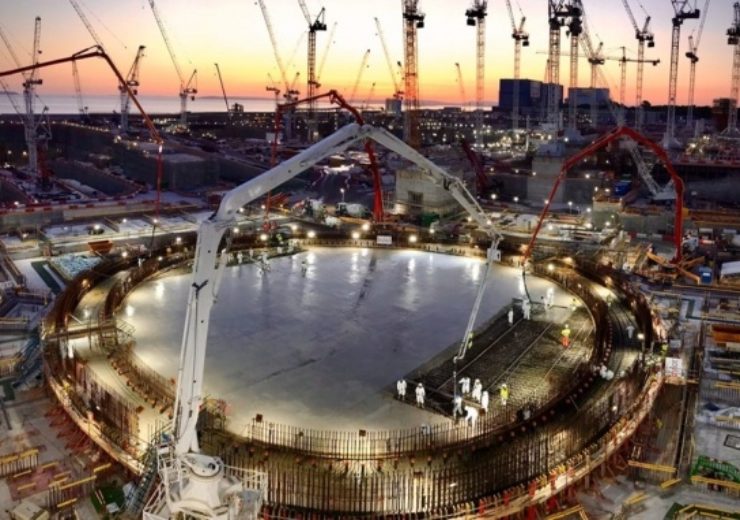 Final section of the 20,693m3 of concrete being poured into the foundation of Unit 2's Nuclear Island. (Credit: EDF Energy.)

Under the contract, Bilfinger will be responsible for the design, procurement, supplier management, fabrication and construction of pipework and specialist equipment for the power plant.

The work on the project, which is scheduled to begin immediately, will be delivered through Bilfinger’s Technologies and Engineering & Maintenance Europe segment with UK bases in Bristol and Warrington.

Some of the manufacturing of specialist pipework will take place at an upgraded factory in the North East of England.

As a result of the contracts, Bilfinger will create 350 new jobs in Britain and also specialist roles in engineering and manufacturing at its UK locations in Warrington, Humberside, Bristol and Somerset.

Bilfinger CEO Tom Blades said: “With the two new major contracts, the volume of our work on Hinkley Point C surpasses even our own initial expectations for this project.

“We are proud to expand our relationship with EDF once again and to be their trusted and valued supplier for this essential work on the power plant. The contracts provide stability for our business while preserving and creating jobs for our local workforce.

“This new work enables us to strengthen our investment in additional fabrication capacities in the UK. The fact that we are awarded these major contracts in such challenging times not only proves our expertise but makes us confident in our business prospects.”

Developed by Electricite de France (EDF), the nuclear power plant is expected to deliver low-carbon electricity for around 6 million homes, while offsetting nine million tonnes of carbon dioxide from the atmosphere.

It is the first new nuclear power facility being built in the country since 1995.

In February this year, Bilfinger has secured the balance of plant contract, worth €68m for the Hinkley Point C nuclear power plant in UK.