Barakah facility is the first nuclear power station in the United Arab Emirates (UAE), and is a part of the state’s efforts to diversify its energy mix 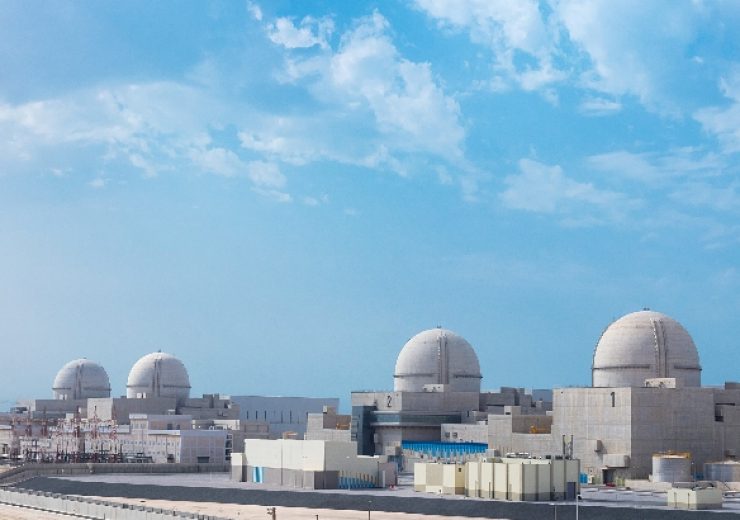 Nawah Energy has brought the Unit 1 of Barakah Nuclear Power Plant in the Abu Dhabi, into commercial operations.

Barakah is the first nuclear power station in the United Arab Emirates (UAE), and is a part of the state’s efforts to diversify its energy mix.

The Federal Authority for Nuclear Regulation (FANR) has confirmed that operator Nawah Energy has met all regulatory requirements to commence the commercial operations at the facility.

FANR director-general Christer Viktorsson said: “The commercial operation of Unit 1 of Barakah Nuclear Power Plant is a major milestone culminating immense efforts made in the past 12 years since the establishment of the UAE Nuclear Energy Programme.

“During that period, FANR reviewed every step of the nuclear power plant in terms of site selection, construction, testing and finally operation to ensure the operator complies with all regulatory requirements to ensure the safety of the public and the environment.

“FANR will continue to inspect the power plant during the operation phase to ensure all requirements are met.”

FANR has supervised the fuel loading, testing, and connecting the unit to the UAE national electricity transmission grid, until the plant is ready for full commercial operation.

The Barakah facility comprises four reactors, all APR-1400s built by Korea Electric Power Corp (KEPCO), each with a capacity of 1.4GW.

Barakah-1 construction has faced delays, and received its operating licence from FANR in 2020, three years after its expected planned start up in 2017, Reuters reported.

The nuclear power plant will have 5.6MW of total capacity, which is equivalent to about 25% of the UAE’s peak demand.

Viktorsson added: “FANR is proud to have Emirati nuclear experts who played an indispensable role in licensing process for the nuclear power plant since its inception: carrying our inspection and review in matters related to nuclear safety, nuclear security and nuclear non-proliferation.

“In addition, FANR deployed two Emirati females to work as resident inspectors to work with international experts in the nuclear power plant. We are proud that over 68% of FANR’s workforce are Emiratis.

Nawah has secured operational licence for the Unit-2 of the Barakah nuclear power plant from the regulatory agency.